In recent weeks there appears to be a musical shift inspired by other media that’s not happened since the release of “Tony Hawk’s Pro Skater” video game series in the late nineties/early 2000’s.

The current scenario is simple. You’ve binge watched Stranger Things season 4 and fallen in love with Eddie Munson. Seeing him shred through ‘Master of Puppets’ in the Upside Down has filled you with curiosity about a genre that was once just considered noise. So you’re waiting for delivery of your “Hellfire Club” T-shirt, already cut the sleeves off that old denim jacket, and committed to grow out your hair. But what about the music? This is where we can help, providing some entry routes into accessible metal music that can be appreciated by all.

It makes sense to start with thrash metal, given that ‘Master of Puppets’ has likely been on repeat after it’s jaw dropping cameo in the series.

The “Big 4” of thrash metal are Metallica, Slayer, Megadeth and Anthrax. A great start, but a huge catalogue to work through. Delve a bit deeper and you’ll also find some great material from Exodus, Overkill, Testament, and Kreator. Accessible track recommendations for newcomers on the “Thrash Route” are:

The second route we’ll look at is classic metal. Stranger Things gave a nod to both Iron Maiden and Dio throughout the series, and fortunately for us, classic metal is largely comprised of clean vocals and great musicianship, making it a great way to get into metal. Notable bands include household names such as Black Sabbath, Iron Maiden, Judas Priest, and Motorhead. If thrash isn’t your thing, this may be the route for you:

We’re aware that the thrash and classic routes may sound a little dated to some, so we’ll move onto our third and final route, modern metal. The term modern metal covers a fairly large time period, and relates to sound rather than age. It also covers a huge amount of subgenres, a lot of which rely on screamed vocals and heavily down tuned instruments. This may not be for everyone, so we’ll try to keep these recommendations focussed on newcomers to metal. The current crop of active modern metal bands is headed up by Slipknot, Rammstein, System of a Down, and Avenged Sevenfold. As for specific tracks, check these out for a more modern route into the world of metal:

Hopefully these 18 tracks have inspired you to dig deeper, so turn the volume up, grab your favourite air guitar, and enjoy the the discovery. Your journey is just getting started! 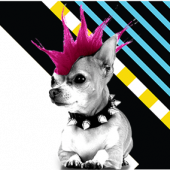 The 80s Owes Its Ongoing Influence To Music by Lola Louise

The Odyssey of the Russian Village Boys