Spruced up and dolled up to commemorate the fiftieth anniversary of its release, the first (and finest) Beatles film has been released once more onto the suspecting public. This time, to provide credibility to the release, and to adequately herald the significance of the anniversary, A Hard Days Night’s director Richard Lester has personally approved the work undertaken on this 4k restoration.

Consequently, unsurprisingly, the picture has never been crisper and the sound has never erupted from the speakers with such crystal clear sharpness. This is especially the case when the band launch into one of their performance numbers. For the audiophiles, there is choice. There is the option of monoaural, a newly created stereo and 5.1 surround sound mixes.

Obviously, the story itself is pretty flimsy stuff, but the film as a whole elevates above and beyond a mere mid-60s curio; naturally, propelled by wonderful music and a chance to see the fab four before they became tired of the hysteria around Beatlemania.

Like the Muppets 2011 jaunt, or any other film you care to mention where a troupe are involved, this is a story heading towards the dramatic denouement of a staged performance. Yes, some of the comedy is awkward and painful, but there are plenty of moments that still hit the target. For all the creakiness of the stilted performances – Lester has damned with faint praise that Harrison was the most natural actor of the four – the enthusiastic puppy dog ebullience that pops and throbs throughout is impossible to deny.

There is a cornucopia of extras and these more than make up for the paltry offerings that have adorned previous releases of this film. This includes the documentary, ”You Can’t Do That!: The Making of ‘A Hard Days Night”. As indicated by the title, this includes footage of the deleted song of the same name. 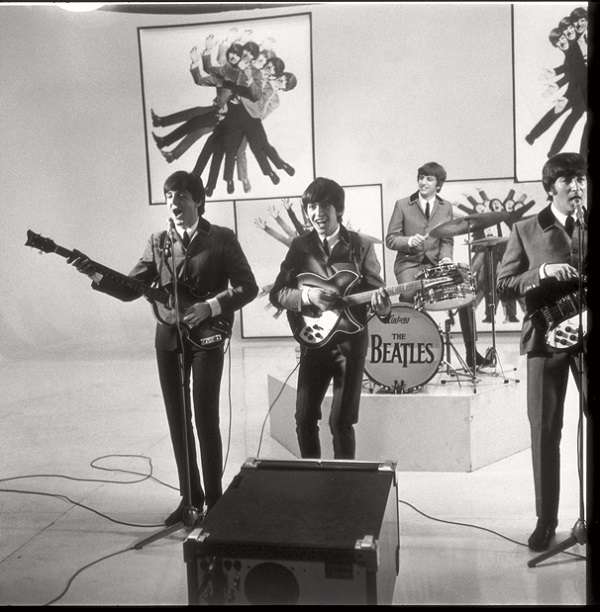 This is every bit as important a document of the Britain of yesteryear as the Arctic Monkeys referenced Saturday Night and Sunday Morning (their debut lifted its title from a line of dialogue from the 1960 film). This is a postcard snapshot of a society showing signs of change and metamorphosis, not least aided and abetted by the Beatles themselves. Further, the self-conscious attitude of the film housed not only satire, but a flippant, knowing attitude, and one that could only really be summised as pre-postmodern postmodernism. As always, the Beatles were a number of steps ahead.

Ultimately, this is a piece of entertainment and should be treated as such. In that vein, who couldn’t get misty eyed at reliving this slice of jubilant music-centric euphoria on celluloid? A film that captured Britain’s most famous, successful, prodigious and timeless ensemble before cynicism and the travails of fame swallowed the group and forced them to evolve?

This is the restoration and release that the band and, more importantly, the film deserves.

A Hard Days Night is available on DVD and Blu Ray now.