‘Amy’ – Why this Amy Winehouse documentary is essential viewing

Asif Kapadia’s follow-up documentary to his rather brilliant Senna (2010) makes a rather subtle first impression. Rather than offering a continuation, and thereby forging his very own titular trope, this latest biographical documentary isn’t entitled Winehouse. No. As befitting the rootsy, old-skool glamour of Camden’s ferociously talented (but tormented) late-noughties omnipresent Amy Winehouse, this affair is more informally proposed. Kapadia presents Amy.

Fronting out this review, there is an inescapable parallel that needs to be addressed. In 2011, Amy Winehouse became part of the ignominious so-called ‘27 Club’. Among its members, Kurt Cobain. 2015 has seen a revealing documentary released on his life too. Within its materials, the excavation of personal home video for the world to gawp and pore over, which is something that Amy shares. 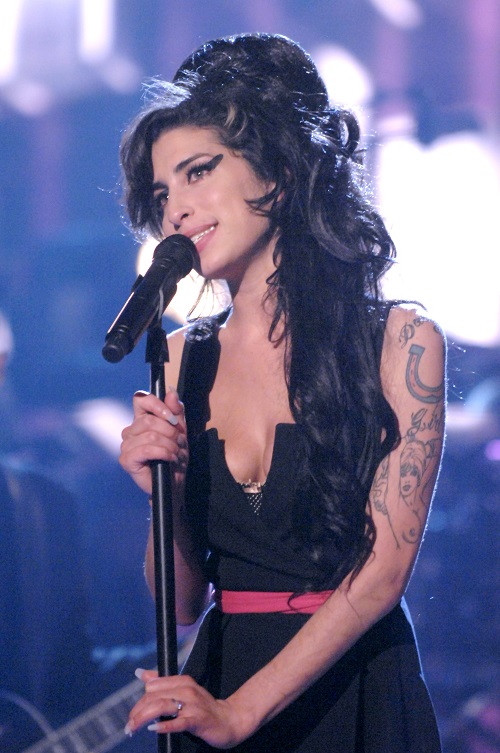 This writer took considerable umbrage with Brett Morgen’s Cobain: Montage of Heck. The reason was simple: a lack of taste. The technical execution was impressive, yes, but somewhere along the way an invisible line was crossed: from contemplation upon a life cut tragically short to exploitation of the deceased. The barrel was scraped and the vulgar voyeurism of the personal was thrust out for all. Above all, the question that emanated was: is this what Kurt would have wanted? The same concerns do not quite surface here.

For one, the tech-infused shift in societal attitudes between 1994 and the post-2004 (or so) years engendered a more gung-ho camera savvy self-chronicling generation. At most points in Amy, our subject is on board and playing ball with the camera. This was not the case with Cobain. In particular, the intimate Courtney Love-supplied footage exhibited a shameless invasion of privacy.

Opening to footage of Amy aged 14, we find a thick-accented, north London Jewish girl in her tender teenage years, mixing with friends and eliciting a little sing song gaily to camera. As an opening segment, it appears as a statement of intent: seeming to say; here is our beloved diamond in the rough. For the good and the bad, and with what we know now, consider her without the baggage. Consider her as one of the many, a working class girl, carefree and without heirs. 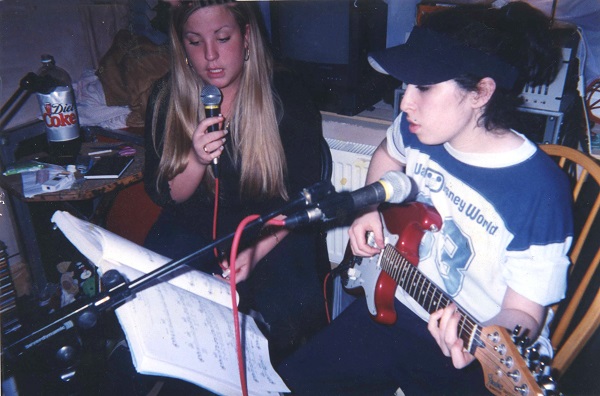 From here, Kapadia’s skilful documentary moves in a chronological fashion. He tracks her rise with testimony from all of the key players in her story, both professional and personal (but, with Amy, those two lines blurred more than most), off-camera and in a voiceover fashion.

We see her rapid rise from the jazz-inflected debut, Frank¸ to the globe-straddling Back to Black and the tragic, dolorous demise thereafter. For all of the sadness though, multiple life-affirming gems throw themselves into the light. For one, there is a chatty Winehouse perched in a non-descript record company office playing an acoustic showpiece to label management for the first time, offering a stunning crystallisation of her natural talent.

There is the look of shock at the moment she wins her Grammys whilst watching the footage via a live feed at a private friends and family show in London. There is the moment she meets her hero, Tony Bennett, for the duets record (neither Amy, Tony nor the public knew that this would be the last recording we would have of her). 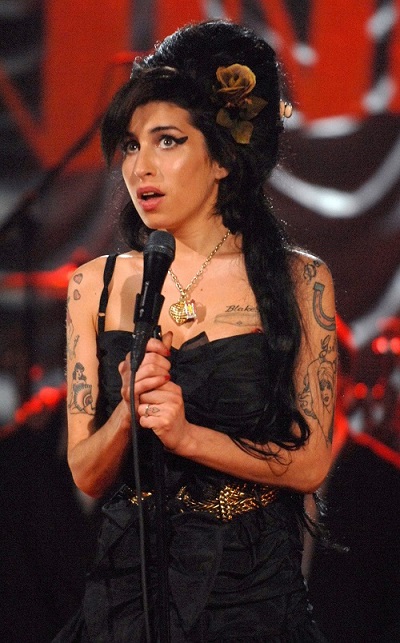 Back to Black threw a vulnerable soul into the camera-popping glare of the tabloids. Ultimately, she was dashed upon the rocks, urged by the compunction of a suicidal romance like the sort Rattigan touched upon in The Deep Blue Sea.

The object of her desires, the degenerate vulture Blake Fielder-Civil, cannot be underestimated. He was a grenade rolled into her orbit, armed with a voracious perfidy; a cheating chancer who willingly led her astray. And yet, he was all she cared about. She careered towards the abyss arm-in-arm with him at her side.

On the side-lines, her despairing childhood friends, who could only watch as she vanished amidst the druggy fog no matter how hard they tried. Kapadia is fair to all participants, including Fielder-Civil and her father Mitch Winehouse (no matter how Mitch’s pre-release grumbles attest in the alternative). He allows each of their voices to be heard and for us to draw our own conclusions. 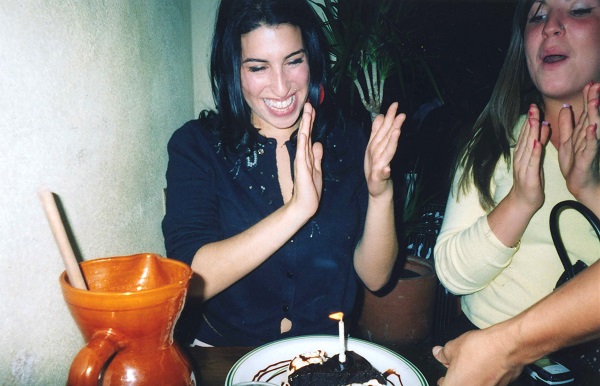 Amy Winehouse fought her demons in front of us. She slipped into dark places in public spaces. This documentary is no hatchet job. It is no hagiography. It could be argued that a certain drug-addled Pete Doherty, and his prominence in her life, is underplayed (he appears very briefly to discuss the music scene in Camden). This is an omission that will niggle some.

Above all though, Amy is like a tear-stained love letter, propelling multiple conflicting emotions, but drawing the viewer towards a wisdom through something approaching acceptance; yes, be sad over what is lost, but be more grateful for what was once there. The music is all. Spin the records and indulge afresh in a unique talent who departed too soon.

Brett Morgen take note. This is how you construct a tasteful, fair and essential music documentary.