It is 2009 and an American cargo ship is heading through international waters. Plain sailing? Not quite. This is a ship that will need to steer around the Horn of Africa, a notorious hotspot for knave Somali pirate boats. Based on a true story, director Paul Greengrass ably documents a harrowing hijacking incident of nerve-shredding terror.

Although offering a less sprawling and hectic geographical setting than that of Greengrass’ most famous outings, this feature is arguably no less intense. In and amongst a progressively hostile environment, his camera moves in its inimitable style as the ship/s rocks and rolls at sea.

Tom Hanks plays the titular character, and Captain Phillips, the man, is a somewhat stiff and precise individual. One who is the embodiment of professional calm. He is a little dour but of good intentions. A conscientious soul.

For the pirates, the rabble rousing genesis of their expedition is caught in the opening frames, in a disorientating display of chaotic conscription. By contrast, the quiet calm depicted on the docks offers a telling, if not a little judgemental, comparison between the primitive and the clinical.

In a subtle manner, the incongruous relationship of cultural restrictions and personal aspirations are highlighted with efficacy. ‘Maybe in America, Maybe America’ mutters Somali pirate, Muse, when questioned as to the alternatives open to him and the potential for a brighter moral choice.

In a bone-chilling testament to the motive and propulsion of the Somali pirates, it is plainly evident that they are governed here by emotional desire rather than practical reason and rationale. Their desperation is as palpable as the fear they induce. Their calculation of success or failure is discarded like an unwanted flyer or leaflet in the face of glittering gold and greed. Not knowing when to give up is a universal human flaw that can be seen on the gambling floors of Vegas or the daredevil acts depicted in this fact-based feature. 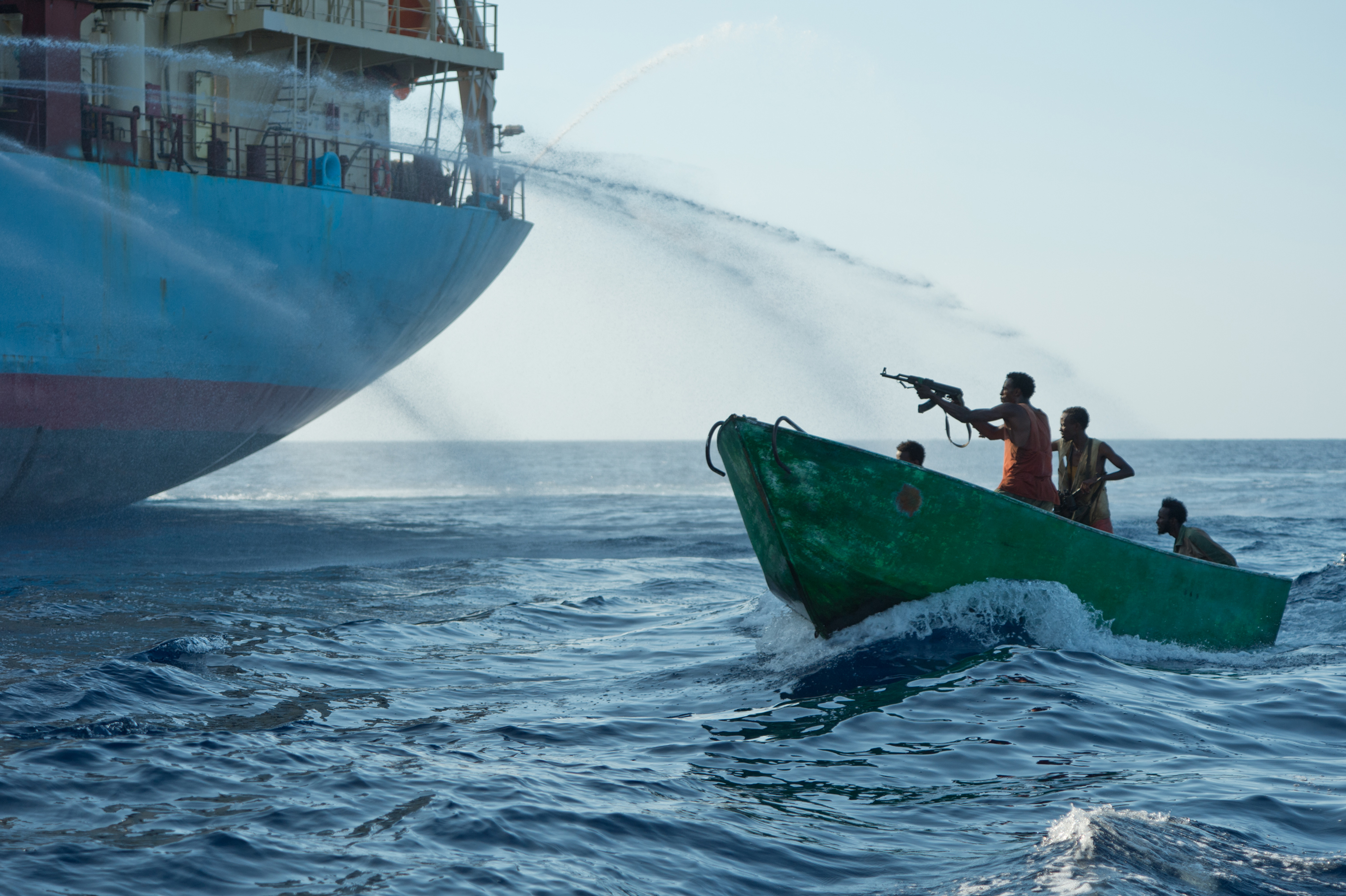 The nerve-shredding is relentless. Whereas last year’s Danish film, ‘A Hijacking’, by Borgen writer, Tobias Lindholm, elected to show the occupation but not the hijacking itself (possibly for budgetary reasons as much as that of narrative choice), there is a strong section here showing every spine tingling second of the approach and attempt to embark upon the Masaerk Alabama.

Greengrass’ skill is in cutting and editing action sequences with optimal precision. Hanks is reliably emotive and efficient. If there is fault, some may find the elongated second third to be the baggiest section. However, just as the mind might start to ponder for a wander, the material dovetails and reels the viewer back in.

Ultimately, Greengrass has managed to propel a high-octane feature with integrity. This might sound absurd but the evidence is plain. Figuratively speaking, he never takes the cheap option. The dialogue is modest and realistic.

Moreover, when approaching a story of this nature, fears of a jingoistic expression of American military mite is an obvious concern, especially in the markets outside of the US. Thankfully, such an expression is not a worry here, as the flag waving and chest thumping is kept to a modest minimum.

Argo swept up plaudits and awards for documenting a real incident. Affleck later came under the charge of betraying historical events in the name of entertainment. That came later. In this instance, Captain Phillips offers an equally astounding denouement. In its armoury, it has thrills to spare and is gut-wrenchingly tense from the get-go up until the credits roll. This is an adrenaline charge of relentless determination. To adopt with artistic license Brando’s oft-quoted On The Waterfront speech, this ‘could be a contender’. Greengrass and Hanks pose a formidable team and have commandeered through the choppy waters of failure to succeed in this compelling action-drama.