For those looking for a stellar cast and gentle laughs, you could do a lot worse than spend time with Fading Gigolo; John Turturro’s frisky comedy of a man hitting his 50s and plying the oldest trade in the book – a specific type of ‘coming-of-age’ film. 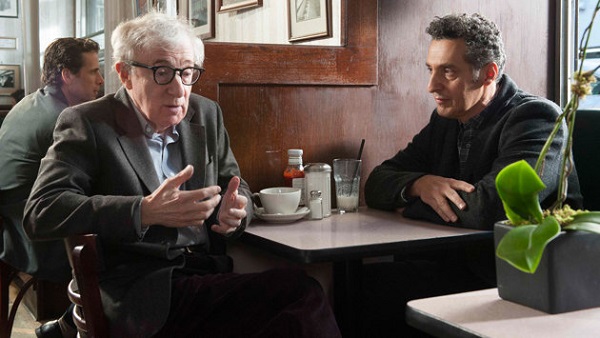 In this New York-set feature, the screen opens to find bookstore owner Murray (Woody Allen) adopting his most tenacious powers of persuasion to convince pal Fioravante (Turturro) that a few bucks could be earned from ‘assisting’ some local women in need; women who might include his dematogist, Dr Parker (Sharon Stone) and her friend Semila (Sofia Vergara).

Eschewing a relentless bawdiness – whilst taking some visual prompts from co-star Allen’s oeuvre – Turturro ultimately offers a warm-tinted squint at what falling in love is all about. The direction is cut with a breezy and homely touch, and the dialogue is gloriously snappy. This is a screenplay littered with neat, trim gags.

Perhaps not ever in danger of transcending into something truly substantial or memorable, and suffering from elements of cliché in the narrative, it nevertheless comes across as something far superior than any possible charge of a film star indulgently raiding his phone book and calling in some favours.

Don’t unfairly tar this under any sort of Deuce Bigalow: Male Gigolo brush by title alone. There is no shame in this charming venture. If ultimately unremarkable, it is solid, dependable fun.