“I did ask Jarvis if I could film him going swimming in some Speedos and doing some laps…he said ‘No way!'” SupaJam interviews ‘Pulp’ director Florian Habicht. Plus film review.

This year has seen much trumpeting of the 20 year anniversary of the advent of Britpop. It might therefore seem a rather pertinent time for a film on one of its prime players to arrive in British cinemas. However, be warned; this isn’t some nostalgia-fest recalling Sadie Frost-starring music videos, Brit Award stage-invading protest hoopla or live TFI Friday performances. This is not that film. Nor is it a rise-and-fall tale of an act consigned to the past. This is more of a (valedictory?) homecoming celebration on a beloved band and their relationship with their home city.
There is no real linear narrative to speak of and while there may be some charming interviews with the band members, it seemingly takes a lower priority to a quixotic hodge podge presentation of city-folk anecdotes. There is also a lot of footage of different singing groups and dancing groups enacting songs from the Pulp back catalogue (okay, mainly Common People, but not exclusively so). The level of affection that the band is held in in Sheffield is undeniably high and undeniably real.
As a work, Pulp: a Film about Life, Death and Supermarkets drips with an infectious ebullience. It is a tone that makes sure that there is never any risk of a Panarama-esque delve into the dark sides of city life. It stays true to its own internal logic by remaining resolutely focused on the marker denoted ‘life-affirming’.
It is also palpable that this is a labour of love for first-time music documentary maker Florian Habicht. There is a puppy dog enthusiasm that is eminently on display, and whilst it may showcase a British institution finally getting some dues, it is also fair to say that it will play best to the faithfully converted and the citizens of the region. That is not to diminish its charms. It would offer a good double-bill companion piece to the rather excellent Blur film No Distance Left To Run (2009).
All in all though – and on its own merits – it is no less than a joyous celebration of an iconic band plugged into its roots. There is plenty to smile at. Whilst predominately feeling like a love-note to Sheffield, it repeatedly offers ample evidence to support the widely-held view that Pulp really are in a different class.
4/5
INTERVIEW

Supajam: How did you come to be involved in the project? Who approached who? 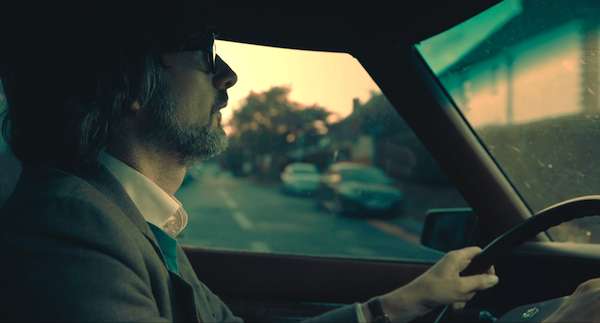 Supajam: There isn’t a lot of rehearsal footage. Did you toy with the idea of having rehearsal footage in there in the lead-up to the gig?
Florian: Well, on that note, actually, the band didn’t want the rehearsals filmed. There is a little bit of rehearsal footage in the film but the band wanted to be in peace when they did that. They were so nervous already that I don’t think that they wanted anymore (pressure)!
Supajam: Do you think there will be any new music from Pulp?
Florian: They are all very creative and they’re all producing things, but as a question of whether they’ll do something together as Pulp? I really don’t know. I hope so. Jarvis just did an interview with the Observer where he said that he’s taking a year off from his radio show to see if he has any more songs left in him.
Supajam: Do you think there is a uniquely special bond between Pulp and their hometown?
Florian: The one thing about Pulp is that they sing about Sheffield. It’s a big part of their lyrics, whereas other amazing bands from Sheffield don’t. For example, Def Leppard could be from anywhere. They could be an American band. Pulp are real Sheffielders, even though people like Jarvis doesn’t go to Sheffield that much anymore. I imagine he doesn’t walk around during the day too much on the streets, because people often go crazy (laughs).
They (the people of Sheffield) talk about them (Pulp) all the time, as if they are family members or friends. And Richard Hawley too.
For more info, visit www.pulpthefilm.com. The film premieres at Sheffield Doc Fest on 7th June 2014.