Georg Elser is finally being brought into the spotlight. It’s about time. In 1939, prior to the start of the Second World War, the carpenter-turned-political-activist devised a bomb to detonate at a Nazi Party rally. He scheduled the bomb to explode whilst Hitler was at the lecturn. Even though his plan was constructed with meticulous detail, he didn’t get his man. The aftermath consisted of innocent deaths, his own arrest and questioning by the authorities.

Director Oliver Hirschbiegel has been many things in the last few years. Frequently, and rightly, lauded for his earlier films, such as Downfall and Das Experiment, the last time he touched down in the UK he was lambasted for the highly controversial and widely panned Diana.

Now that we can all place a couple of years between us and that latter mess, both parties are no doubt relieved to talk about other matters, including the impressive 13 Minutes (reviewed here).

Taking time to speak to us, he discussed the real Georg Elser, Bruno Ganz and how he copes in dealing with ‘dirty, dark energy’.

What made you want to tell this story?

The character is just astonishing, isn’t he? I always had a certain fascination with him, but I kept forgetting. Then I did Downfall and I never wanted to go back into the Third Reich. But, when I was approached about this, I read it and I knew I had to do it. 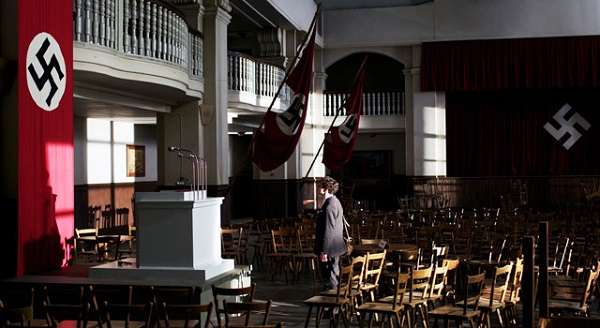 You’ve cast Christian Friedel in the lead role as Georg Elser. Haneke’s The White Ribbon touched upon Germany in the lead-up to the First World War. Friedel also played an important part in that film. Did The White Ribbon play any sort of part in your decisions regarding casting?

That’s where I saw Christian for the first time, and I thought he was an astonishing, outstanding actor. I knew that I wanted to work with that man. That’s why we called him in for the casting. I didn’t really think he could be Elser, I just wanted to meet the guy!

We had about 20 actors in and they were all good, but Christian was outstanding. He was not only acting, he became that man. That’s the magic that sometimes happens with actors; they do not act, they become the character. It was like Bruno (Ganz). He became Hitler (in Downfall). That sometimes happens.

I noticed that you have steered away from depicting Hitler that much in 13 Minutes, is this because you share the view that Bruno Ganz’s depiction in Downfall is now the definitive performance of Hitler?

Yeah. There is no way that anybody else will ever better that, if you ask me. That’s a challenge that I wouldn’t want to take on! 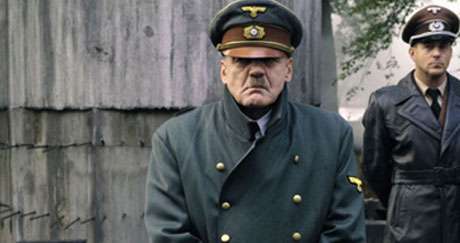 Did you approach Bruno about potentially reprising his role for this film?

No, no, no. I wouldn’t. It wouldn’t make sense. Not even his voice. No. And I know that he doesn’t want to go back there.

We’re friends. I’m desperate to work with Bruno again, but not as him being Hitler. Certainly not!

Is there something that you’re working on?

I had a project that would have been good for him, but he didn’t want to do it! The next thing that I am doing now, I don’t have a part for him. We keep chatting on the phone. Eventually, there will come something.

You have said that you were a little hesitant returning to war-period Germany. How has that been? Has it been exhausting? What is the interest that keeps you going?

At a certain point, I thought, this story needs to be told. I know that world. I’ve done so much research. I understand this time quite well.

It’s still a challenge; this man’s reputation needs to be restored. He needs to be recognised. That’s one challenge. The other one is, if you do the Third Reich in Germany, get it right! To make it not make seem old and stuffy, but try to take the audience there and give them a clear sense as to what it tasted like, it smelt like. It seems that in Downfall, it worked pretty well. Here, I tried to do that even more so. That approach saves me from getting too scared. It is scary. It is unpleasant to move about in that time period because it’s dirty, dark energy. It’s not intelligent. You’re dealing with bad people with ugly energy. 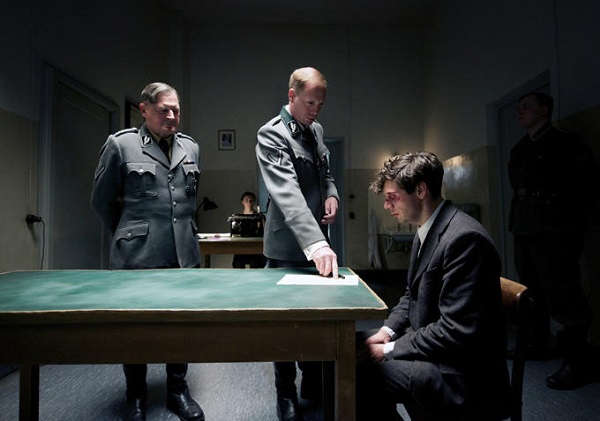 Georg was an apolitical pacifist who was forced to engage. He said that ‘no one ever achieves anything through violence’ and then matters change him. It feels as though there is a modern import with 13 Minutes with the rise of ISIS and their ilk. There’s an interesting parallel in identifying the catalysts for radicalisation.

Georg was a total pacifist. He was a pious man. He had a very religious upbringing.

(Changes to adopt the present tense)

Killing a human being is absolutely not on the agenda for him, but he’s read the Bible and he is aware of the discourse that has been going on within the churches for hundreds of years about the subject of the tyrant and the tyrant slayer. The church said that it is allowed to take a man’s life in order to save many other lives.

He knows that and that’s the only thing that he can hold onto. That’s what makes this pacifist become violent. But even when preparing it, he is suffering from the fact that he will kill people. It’s even worse after he doesn’t succeed; he kills 8 people without killing the man he wants to kill. He suffers. His letters tell that, and even in the interrogation, which you see in the film. 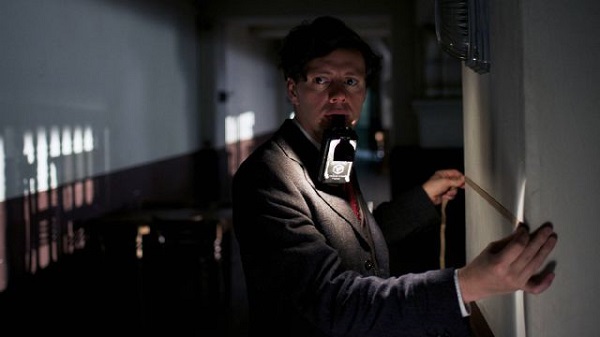 That’s the difference between using violence as political means, and even being a terrorist. That’s something that people often misunderstand. A terrorist always wants to force people into another system; wants to change a system; wants to have a new rule eg to show you how to be a ‘proper Muslim’ and kill all the rest.

It’s a sort of violence that is absolutely unacceptable. I could never be a tyrant killer. I couldn’t imagine killing another human being. It’s how I was brought up. I could not do that. And yet, I must admit, there’s an endless admiration for somebody like Georg, because I know he felt the same and yet he did it, with all the consequences; knowing that his loved ones might suffer as well (as himself), that he might lose his life, that he might be on the run for the rest of his life. It’s an exceptional strength of character that you need to pull that off.

You mention your upbringing. Are you religious? Did you come from a religious family?

Not really. I grew up with the belief that there was a God or something, but it wasn’t religion at all. It sounds a bit passé or clichéd but I would say that I am a spiritual man. I think that a lot of directors are spiritual people, because we’re energy workers. We have to be open. Actors are often spiritual people as well.

What are your hopes for this feature?

My hope is that Georg Elser is finally recognised for where he should be, but even more so, I hope he is seen as an example of the difference a person can make. That it is possible (to create) change. That you don’t have to just sit on the sofa and just do nothing. There are very few examples of it in humankind, but he definitely is one.

I’ve seen with the kids who have watched this film in Germany that they connect with him. They get him; ‘this is a cool guy. He’s fighting for freedom. He’s fighting for his belief, he’s standing up and he’s daring’. That’s something that I think will work around the world.