After an extended break, and motivated perhaps by the collective sigh that greeted the Jeremy Renner/Tony Gilroy takeover of the Bourne legacy in, well, The Bourne Legacy, original duo Matt Damon and Paul Greengrass are back.

It is now 9 years since they last convened for this franchise and the question hangs in the air as to whether or not they can make the time in between feel inconsequential. Do they manage it? And, if so, how do they do it? Let’s get the notion of any surprises out of the way first. There is little to nothing here to upset the acolytes of Bourne past in terms of devices. Every possible ingredient that propelled the original three films is present and correct: hand to hand combat; the trademark roaming camera with its nausia-invoking shakiness intact; the rip-roaring car chases; computer files being opened frantically on computer screens. It’s all there. 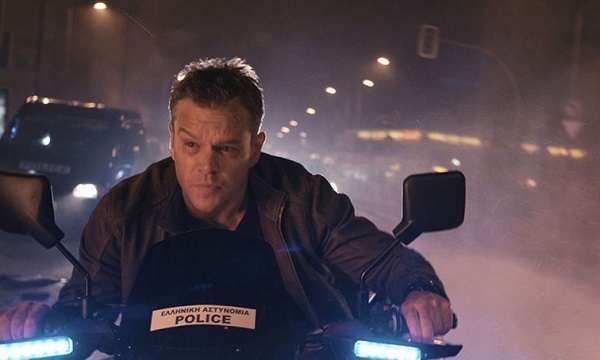 As ever, there is concern for the venal, corrupt wiles of the shady governmental organisations. There is reference to the modern post-Snowden world, and this is where there is a link-up with the present day, what with the concerns about privacy etc. There is the gritty feel as you’d come to expect, but there is also revelry in the absurd, as a Las Vegas set-piece stretches the suspension of disbelief a little too strenuously. All that can be said in this regard is that Vincent Cassel’s vehicle is quite the formidable tool. He definitely needs some driving lessons though.

Mention must go to the rather cinematically omnipresent Alicia Vikander, who makes a good stab at her substantial role. She is neither kick-ass gal nor cipher. She stands as a strong, resourceful woman who is multifaceted and complex. Her presence is welcome, as is Tommy Lee Jones, whose laconic drawl oozes star wattage and induces wary suspicion. 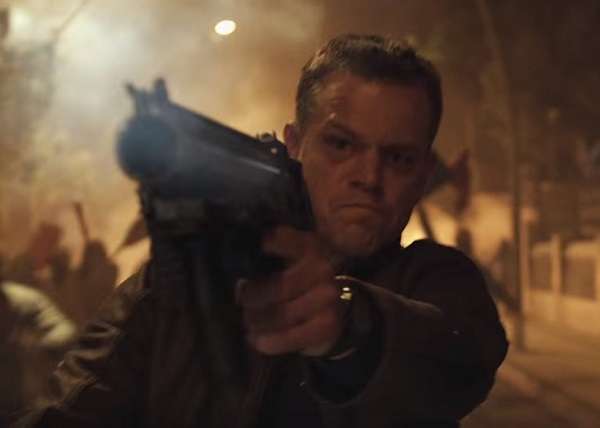 All of what made the previous Greengrass/Damon collaborations so satisfying are in place. The chemistry is kinetic; the narrative solid (if a little formulaic). Matters certainly resolve with the impression that more are on the way. What is the lure for Greengrass and Damon? Is it a hefty pay packet? It would be unlikely that either of these two feel the need for that. Perhaps it is the quest to drive Jason Bourne as the more modern James Bond as was oft-mooted in the earliest days of the series. Either way, it is a welcome presence.

As with a comedian and their jokes, it’s not so much the invention of new material that matters, but in how well old material, if so used, can be executed/delivered. With these two in place, you’re pretty much guaranteed that these old tropes will be delivered in a satisfying fashion ready to shock your senses. This is frenetic, propulsive and thrilling. Bourne again, but not Bourne anew. A rollicking ride and popcorn fun, just don’t think about it too deeply. Roll on the next instalment.