Made in America – Out on DVD and VoD from 19th May 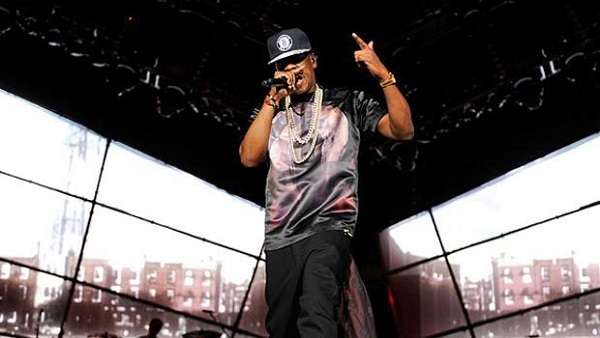 The participators and players whose opinions, music and stories soundtrack this documentary on the Made in America festival make for impressive reading. Amongst the big hitters, there is the man behind the festival himself, Jay Z, but also Pearl Jam, Run-D.M.C, Janelle Monae, The Hives, Rita Ora and Skrillex, and many more besides.

By employing the directorial chops of Ron Howard, it is a film that, much like the festival itself, is ambitious and aims high. Jay Z sits with baseball cap and gold chain in tow, speaking of some well-intentioned homespun philosophy on how he wants different cultures and different musical genres to meet, converge and embrace one another. This sentiment appears to be echoed across the board by the other artists present.

Howard takes the liberty to construct this piece with some interesting twists and turns. We get the surviving members of Run-D.M.C, Joseph ‘Run’ Simmons and Darryl ‘D.M.C.’ McDaniels, talk garrulously and with fine eloquence about the principles of how music should function in society and also a chat on the making of ground-breaking rock/rap cross-over, Walk This Way.

Here is the trailer (review continues below):

There is plenty of scintillating live footage, which includes, but is not limited to, rising bluesman Gary Clark Jr, who scorches the screen early on with the fiery blues of When My Train Comes In.

Not perfect, Made in America is certainly open to the charge of being slightly meandering and lacking focus. Plus, Howard leans on the tired music doc trope/X Factor style cliché of exploring impoverished backgrounds and then an individual’s subsequent climb up from the destitute floor. On this occasion, however, it is arguably more relevant than ever due to the context of what the festival itself is trying to embrace. That, and he does get considerable access to the artists, which is surely one of the most important things.

Jay Z, as expected, comes across well. He is a passionate and engaged spokesperson; one who is sincere and full of a well-intentioned hippy-like idealism. As the film concludes with extended performance footage from the inaugural headliners, Pearl Jam and Jay Z, it is clear that the film has done its job; the festival has had an opportunity to express its ideologue. It has done so with vigour, panache and, above all, some brilliantly captivating (and diverse) music.

MADE IN AMERICA is available on VoD and DVD 19 May: