Aged 78 and showing no signs of slowing down from his impressive one-film-per-year output, Allen extends the European vacation that has been his mainstay for the last 10 years or so, save for the notable exceptions, Whatever Works (2009), You Will Meet A Tall Dark Stranger (2010) and Blue Jasmine (2013). It has been a tenure of mixed fortunes and blessings, giving us such gems as Midnight In Paris (2011) and Vicky Cristina Barcelona (2008), but also low points, such as To Rome With Love (2012) and Scoop (2006). Like a race horse entering the paddock, taken on recent form, where does Magic In The Moonlight rest?

Set in 1928, matters open with a barely recognisable Colin Firth entertaining an audience in an impressive Berlin auditorium in the guise of his magician alter ego, Wei Ling Soo, the most celebrated of his age. Underneath the stage get-up, Wei Ling Soo is actually Stanley Crawford, an arrogant and cynical misanthrope. He is quickly collared backstage by his old contemporary, friend and peer, Howard Burkan, who seeks his help to debunk and unmask a feted young spiritualist, who is wowing the denizens of the French Riviera. 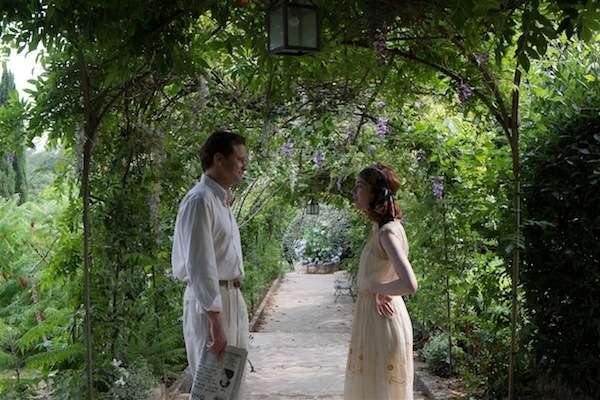 Crawford accepts the challenge and heads to France. Once there, things don’t quite run to his estimation and he begins to question his life’s work and opinions. It unsettles yet also comforts him in unexpected ways. With an unmistakable flair, Allen has a way of throwing fresh light on old topics. This is at once a cosy and dissonant film, featuring a man wrestling with his knowledge, history, conscience and instinct. It could well be a thinly veiled allusion to his own biography; how unexpected delights can shake our very foundations.

The residual sensation is one of warmth. With luxurious picture postcard cinematography (helmed by DoP Darius Khondji, who also worked on Midnight in Paris and To Rome With Love, as well as boasting a CV that includes David Fincher’s Se7en) and Colin Firth delivering a fine performance, this is not top tier Woody, but it retains dashes of the charm that has been a reassuring hallmark of late-period Allen.

A strong finish saves what could have been a meandering mess. Don’t necessarily go out of your way for it, but should it fall into your lap it is certainly not time wasted. We just always expect so much from Woody’s wonderful mind. Sadly, the content of this one sits in a cooler place than the rich, enviable climate of its geographical setting at the heart of the French Riviera. A mild disappointment.

Magic In The Moonlight is in cinemas from 19th September 2014.