Neverworld kicks off Day 2 with a couple of rising stars

As festival-goers headed to Neverworld’s  playground for adventure time, part two, young and experienced were beckoned to The Fortress for an up and coming Indie sensation, Sarpa Salpa .

The Northampton four-piece hit the stage with barely anyone in eyeshot. but before long the 2019 ”ones to watch” drew people to the main stage with their fun-loving, alternative rock. Previous releases such as ’She Never Lies’ and ’Casanova’, got people grooving in the early morning sunshine.

The set peaked with an emotional knock out of new tracks ’Say Something’ and ’Before It Goes Dark’, both imaginative crowd-pleasers set to release your inner Indie fangirl.

Considering ’Before It Goes Dark’ is set to be released next Friday. The track was a great way to debut not only the day but the song too.

Catch Sarpa Salpa while you can and while they are still playing this early in a festival bill. They won’t be for long…

Following on from them another “one to watch” band , Ferris and Sylvester took the stage fresh from their recent performance at both Black Deer and Glastonbury.

Following on from them another “one to watch” band , Ferris and Sylvester took the stage fresh from their recent performance at both Black Deer and Glastonbury.

Tipped as the ‘band to watch’, Ferris and Sylvester packed a punch today at Kent’s festival Neverworld.

A folk/blues duo, this pair sound far larger than they look. Strong harmonies, foot-stomping beats and catchy baselines are only some of the features that woke a sleepy crowd up from their Peter Pan day dreams as both Issy (Ferris) and Archie (Sylvester) drew them in, song after song. 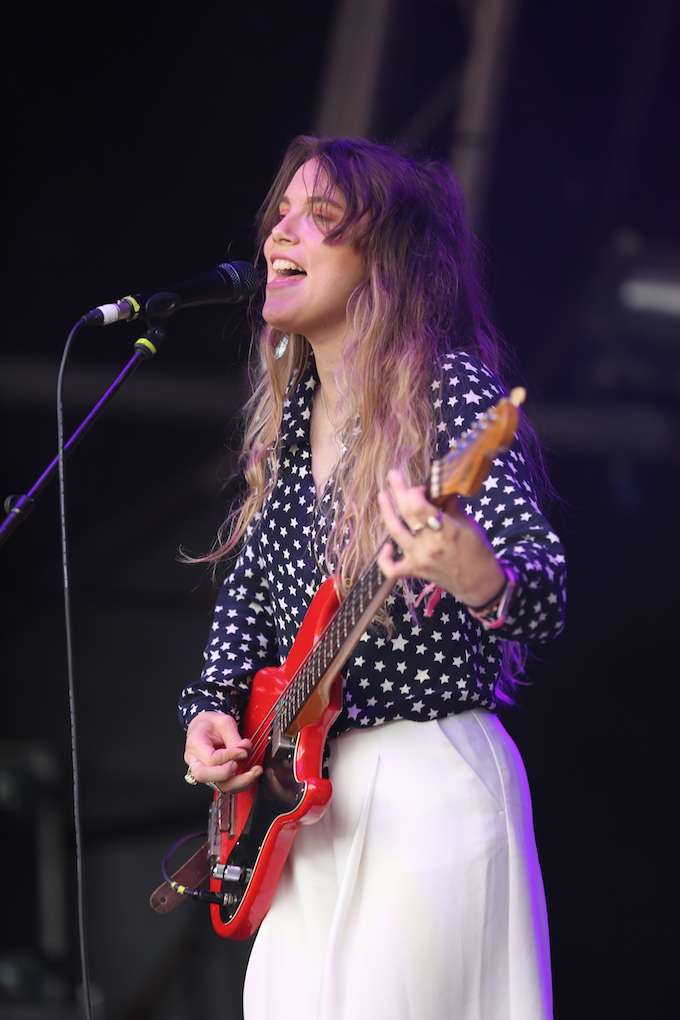 One fan, Ella (20) said, ‘they’re just different. Two people coming together with a different vibe. They’re chill and down to earth and they make sure everyone has a good time. They were one of my favourite bands from Black Deer, which made me want to come and see them again.’

Fun but edgy, the pair demonstrated multi-talents with a variety of instruments across songs such as ‘(I think that you look) Better In Yellow’, ‘Sickness’ and a crowd favourite ‘London Blues’. The audience were encouraged to dance, clap, stamp and finger click from start to finish as the duo threw themselves into their music, clearly enjoying every moment. Backstage, Ferris explained, ‘Whether it’s playing to ten, to a hundred, to a thousand, to a hundred thousand, we give the same amount of love, attention and energy every time.’ 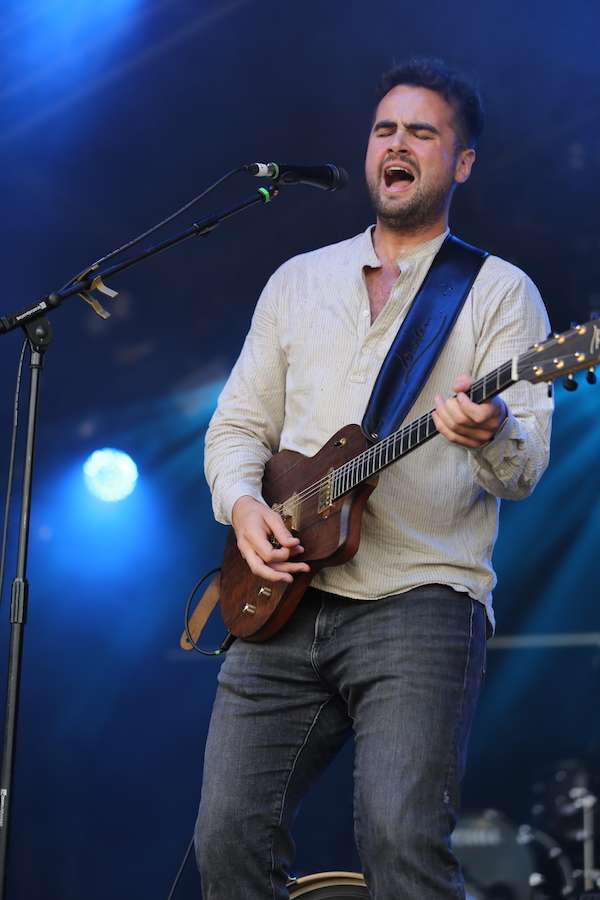 If you’re looking for a band to listen to with the windows rolled down this summer, the attitude and energy from Ferris and Sylvester won’t disappoint. Keep your eyes out for their recently released single ‘Sickness’ and their upcoming UK tour this September.