The distinct lack of drunken revellers and discarded mucky food cartons is probably the easiest aesthetic marker for explaining to someone the difference between a film festival and that of its rock n’ roll relation.

Well, aside from being cleaner and offering a greater degree of sobriety, the other strengths of this particular festival lies in the umbrella and cordon (not James, thankfully) that is the Sundance brand.

It is they who offer cutting edge independent films with Q&As after every single screening, panel discussions on things such as The Art of Film Music and more.

There is a cosy delight in knowing that there’s no risk of the temperamental British weather raising its head and affecting your surroundings. Heck, you can even have a shower each day.

Anyway, enough warbling. Here’s the second batch of films from the weekend, featuring Frank, The Trip to Italy, the Fargo-obsessed Kumiko The Treasure Hunter and Blue Ruin;

Fassbender falls short of losing his head in this film about a papier-mached musical visionary, loosely based on late northern comic Chris Sievey’s creation, Frank Sidebottom. 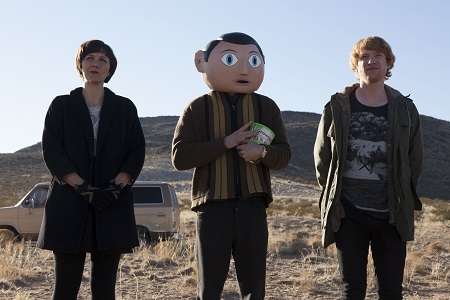 Domhnall Gleeson’s Jon is desperately seeking an artistic breakthrough. Looking at his immediate surroundings for lyrical and melodic inspiration, he is crushed to discover that a promising chord sequence punched into his keyboard bears an uncanny resemblance to two-tone exponents Madness. He’d heard the song earlier that day.

Frustrated and annoyed, his dejection is short lived. By sheer chance and through a case of being in the right place at the right time, Jon has the opportunity to join an eccentric pop band led by the mysterious, mercurial Frank (Michael Fassbender).

Whilst Jon does his best to ingratiate himself amongst the people and his surroundings, Frank’s cohort, Clara, is far from charmed by his arrival and makes her disgust plain. This rocky relationship is put to the sternest test whilst the band are cooped up in the countryside trying to record their debut album.

The film is presented with dry, dark humour that occasionally peeps through the curtain towards sunnier climes. Fassbender does the best he can do without the armoury of facial expression. Maggie Gyllenhaal’s Clara is a terrifying creation.

If it wasn’t for the fact that it is well-documented – and rather obvious – that the inspiration for Frank was the deceased Northern treaure, (Chris Sievey’s) Frank Sidebottom, then curious questions could be explored as to the potential metaphor of Frank’s head as a distancing tool; casting him as the removed observer willingly shunned into the dark recesses in order to create unique, bold and pure music.

There is argument to say that Abrahamson’s film could do with a few brighter strokes and a more expressive evidence of the band’s output, rather than all-too-brief bursts hinting at an angular hybrid of Joy Division and the Horrors.

Ultimately, it is fair to say that Frank is a film as unusual as the visage of the titular character. It has a wonky charm. It is a curiousity that’s worth more than a passing glance.

The Trip To Italy

Film edit of the Coogan/Brydon show; taken to Italy for their ‘difficult second album’. 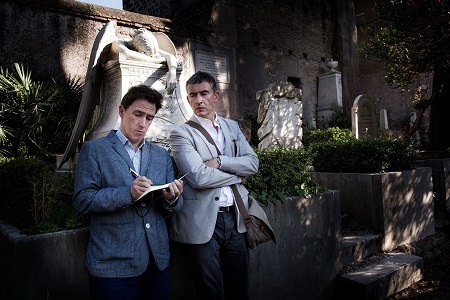 As TV audiences and fans of these two will know, the television show is currently playing itself out in 30-minute segments on British TV screens. This version is the film edit; a 108 minute singular chunk.

First things first, this is a less bitter affair than the first series. As Coogan said himself at Sundance, the second series found his own person in ‘a happier place’. This certainly comes through in the final product.

There are many highlights. There is a glee in observing the growth of an increasingly surreal exchange about Batman and nemesis Bane’s lack of diction clarity in the most recent Nolan film on the superhero. The result is laugh out loud funny and the delightful consequence of Winterbottom’s hands-off approach. He allows the pair to play to their strengths, improvise and let it all unfold until matters reach deliciously dizzying heights. He is the right man to comandeer this ship.

The duo’s repartee remains funny, joyfully excessive on the impressions-front (Brydon is particularly preposessed with Pacino and Hugh Grant this time around) and tossed together with a healthy dose of cynicism.

There is a warm(er) heart at the centre of things this time around that offers a gently relatable subtext on the ravages of the ageing process; the coming-to-terms with middle age. This adds a weight that wasn’t previously in play. On occasion, the pair even appear to genuinely laugh with one another.

This team-up works. The result is a second album that is closer to, say, The Bends than Second Coming.

The Trip to Italy arrives on DVD on 12th May. Here is the trailer:

Strong acting and beautifully accomplished direction can’t quite save this peripatetic tale of delusion and fantasy. 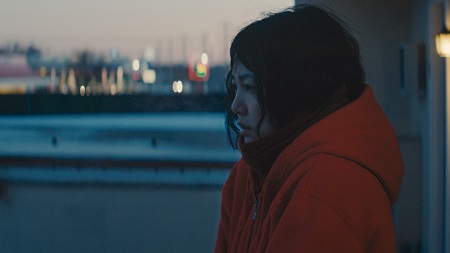 Opening to the scene of a VHS tape being unearthed, our attention is quickly drawn to Kumiko, an office employee held at the mercy of a loathsome, patronising and misogynistic boss. She is a woman who is, quite frankly, a little obsessed and also a little unwell.

In order to escape her derelict, soul-destroying lifestyle, she vanishes into her own universe. It is a place that sits outside of the mainstream; she has problems operating a mobile phone, she doesn’t have a DVD player, she is altogether remote and culturally estranged.

The fuzzy scramble of the VHS tape proves to be a copy of the Coen Brothers’ 1996 film, ‘Fargo’.

From the little that she can see, there is a case buried in the snow and it lies in the freezing planes of Fargo. She must go and uncover this treasure. After all, the film says that this is based on a true story. What could go wrong?

Armed with no English to speak of (literally), she departs from Tokyo and heads for America. Once there, she does her level best to get to her destination. She will aim to do so with stoic strength of will and unwavering intent.

Sadly, despite being high on mood and full-to-the-brim with effortless emotional conveyance from the lead, the film is short on adequately funnelling empathy to Kumiko. The MO of the film could be a riff on the bewildering existence of pugnacious determination against the odds and against all rationality. It could have religious overtones. No matter, for the effect is successful regardless.

It is a lilting tale that might not be as easy-to-swallow as the film it features (Fargo), but it has a lingering power that entreats itself upon the viewer long after the close. It is not perfect, but its strengths are commendably refreshing.

Here is a short chat with the filmmakers:

A highlight from this festival’s crop, this ominously atmospheric slice of Americana is dripping in tension and bloody violence. 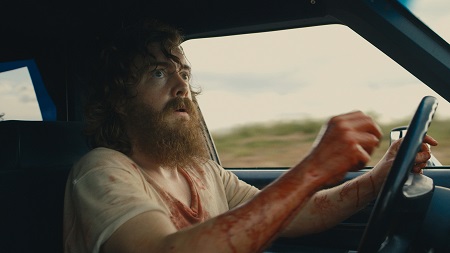 Macon Blair plays an itinerant vagrant who receives news that the man responsible for a horrific crime upon his family is due to be released from prison. Cooked into a bubbling rage, he is driven to undertake an act of revenge that is a dish served direct from the frozen peas section of your local supermarket. All hell breaks loose.

Whilst Macon Blair’s protagonist takes his transition from scruffy Joe to an assassin, it would be fair to say that, unfortunately for him, he is neither trained for the role nor a natural at this sort of thing. Nevertheless, determination and bloodlust will often do their best to overcome such personal limitations.

The creeping escalation of vengeance captured by Saulnier is skilfully sketched out. It is intricately thread into a needle of despair that is seductively engaging. Okay, so the moral to this tale is a little trite if taken on face value, but the execution is key, and this key opens some splendiferous doors.

In terms of delivery, the grainy, verdant and swamp-like splendour of the middle-American landscape is beautifully rendered by Saulnier with a mix of Cianfrance’s moody The Place Beyond The Pines and Affleck’s gritty urban hell of Gone Baby Gone.

As for the tale, violence does indeed breed more violence and it is all too true that it is a lonely path that will take you to dark places. The moral hinterland that may obfuscate your soul awaits should you wish to travel there. In Blue Ruin this very journey engages the eyes and the head in the name of fiction from the comfort of your armchair.

Arriving shortly will be the final part in the round-up from Sundance London 2014, and it will feature The Voices, The One I Love and The Case Against 8.