This is the final batch of films reviewed from last weekend – The Voices, The Case Against 8 and The One I Love.

The One I Love 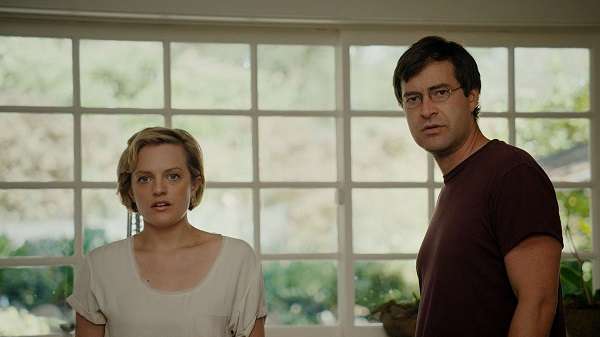 Firstly, before we get bogged down in the who, what and why of the movie in question, it is important to sing the praises of Charlie McDowell, the writer and director of The One I Love.

He has singlehandedly sculpted a successful narrative of such invention that we’d wager that it has not been since a young Alejandro Amenabar in 1997’s Open Your Eyes (remade in 2001 as Vanilla Sky) and Michel Gondry in Eternal Sunshine of a Spotless Mind (2004) that such an original singular vision has been put on screen.

Set within the confines, more or less, of a chamber piece, we are introduced to a young couple who no longer reside in the first flushes of a blossoming romance. They are struggling to get along and have sought advice from a counsellor (Ted Danson). The sessions aren’t going well. No fear, as he believes that he has the fix. He sends them off to a retreat. The venue is a solution that has yet to let him down.

Any further plot detail is not going to be provided. One of the most important things with this film is to allow the unaware to embrace the joy of the unknown. Once this is allowed to happen, the film can play out it’s kaleidoscope of ideas.

That is not to say that this film relies on a big ‘reveal’ as the trick up its sleeve, like, say, The Usual Suspects. The narrative is too layered and complex for that. It will reward repeat viewings; make no mistake.

Mostly renowned for her role as Peggy Olson in the hit series Mad Men, Elisabeth Moss proves her mettle as an actress of considerable versatility and pathos here. Similarly, Mark Duplass steps into his own.

This is a movie that embraces the best, most noble principles of the Sundance ethic. Independently minded, it is intelligent and plays to its convictions.

The One I Love was a beautiful surprise. It gleams with a hazy radiance out of the screen and scorches the brains of the audience in the most trippy and stimulating manner. Fantastic.

Bold vision(s) and a liberal dashing of idiosyncrasy can’t overcome the failings at the (dark) heart of The Voices; no matter how virtuoso and brilliant the performances are from director and cast alike. 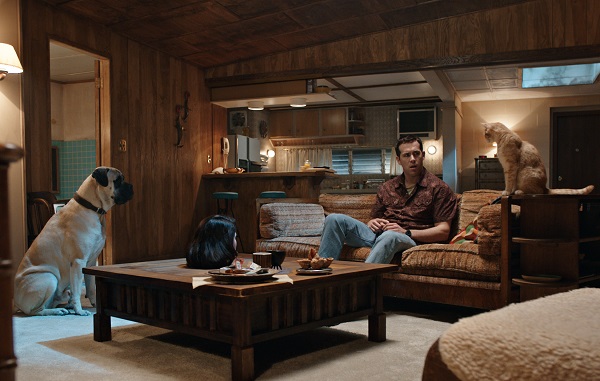 The comedy element of this Ryan Reynolds and Gemma Arterton feature is not particularly funny at all.

In fact, for the film’s first quarter, whilst it seems to play relatively straight on the laughs, the desire is for your chair to suck you in and spit you back out like a mothball into some place far, far away. The ‘jokes’ are that awful compound of Cheshire grin ditzy feyness and Prozac-popped claptrap. It says, ‘look at me, I’m the verbal equivalent of Zooey Deschanel. I’m lovely. I’m scatty. Hug me. Hug me’. Bleurgh. It’s vapid and it’s awful.

Here comes the ‘but’; if you were to draft a pie chart for this feature, the comedy would only represent a relatively small portion of the constituent parts that make its whole. The Voices is a hodge podge of tone and ideas. It is breathtakingly ambitious and extravagant.

When things really get going is about a third of the way through. Something changes. Reynolds’ odd, unsettled Jeffrey Hickfang has a moment. Already someone who has conversations with his talking cat and dog, a significant event occurs and he may well have a hand in it. Just a knife here, a hacksaw there. It is funny how a little bit of gruesome can rally a magnet pull towards the cinema screen and tug on your attention like an insistent nephew cloying for your gaze for an unexpected demand.

The film outstays its welcome by a good 30 minutes or so, but its flamboyance and unhinged mentality charms you through belligerence. Not top-drawer from the hugely talented writer of Persepolis, Marjane Satrapi, but pretty damn good all the same. Reynolds’ voices the creatures and does a darn good job of it too. Who knew he had it in him to be so versatile? 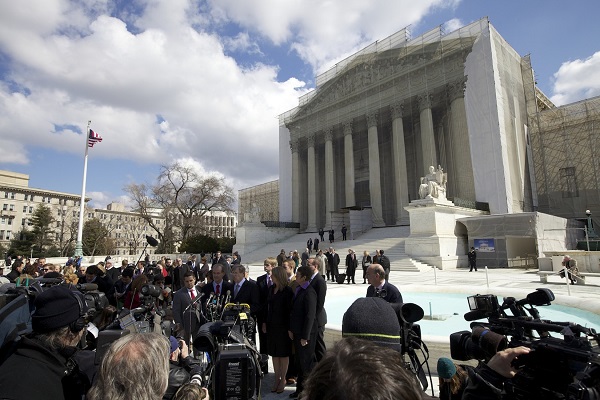 Following two couples over the course of 5 long years, this was a long legal battle. The fact that this film has light feet on a tough drawn-out subject is a compliment to the filmmakers who have managed to maintain viewer interest over a substantial runtime.

Saying that, they have been the benefactors of an inherent sweet poetry that aids their tale; for ultra-conservative, and George Bush Jr.’s solicitor-general, Ted Olsen, surprised all observers when he took up the case (literally) with passionate advocacy on behalf of Gay and Lesbians in their fight for equal status in marital affairs. Added to this is the twist that he teamed up with his old adversary, David Boies. Unbelievably, the two were pitted against each other in the Bush v Gore court case in 2000. If you were so inclined, you could see Olson as the man who gave the world George Bush his reign (of terror) in the American office.

There is no doubt that this film has an unapologetic agenda. Yet, for any rational mind, surely it should be this way with this topic. To give a protracted voice to the counterpoint of perspective would be to provide the proverbial mega phone to the lunatic in the shopping centre; it would do nobody any good.

This film enables you to see the powerful symbiosis that takes places when passionate belief, moral conviction and activism are allowed to ferment together. With The Case Against 8, we get to the fulcrum of what law really should be; the meter of equity that is supposed to enact fairness and govern fairly. What happens when that is hijacked through ignorance is another matter, and that is certainly what played out in the Californian state.

There are some missteps. The soundtrack is appalling. The swell of strings instruct our emotion rather than accompany it. Disconcertingly, it adds a sheen that pulls the grit and essence of the material into something that feels like it has come off of the Hallmark channel or something.

Ultimately, however, this is a compelling and important documentary. It is one that showcases an important chapter in the battle for equal rights and it highlights the vacuous core of the counter, prejudicial, argument. The Case Against 8 is the gay/lesbian rights real-life documentary equivalent of court dramas Inherit the Wind (1960) and To Kill A Mocking Bird (1962) and it is well worth anybody’s time.