Nine years after the 2005 critical and commercial success of the first outing, we once again find ourselves with the dubious patrons of Sin City. As you might expect, its inhabitants remain as unfettered with virtue as ever, the grimy streets reek of their dead-eyed cold glare and the spontaneous outburst of violence is only ever a finger click away. But is A Dame To Die For worth the wait?

When considering the huge blockbuster graphic novel adaptations of the Marvel canon, Sin City somehow feels as though it’s the plucky outsider; the underdog. Maybe it’s the passing of time. Any such notion should be flushed away, for the credits prove this to be packed with a welter of talent and money. Aside from an impressive cast of heavy hitters, there is the mercurial guide of Bob and Harvey Weinstein nestled in amongst the executive producers list. Make no mistake, this is a big film with big ambitions. 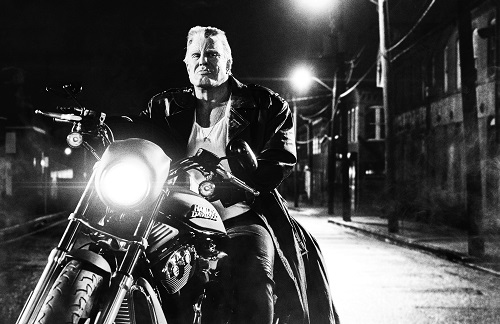 Back commandeering at the helm is the pairing of Frank Miller and Robert Rodriguez, who have somehow managed to capture lightning in a bottle for a second time. The film at once feels familiar and yet even more enveloping and expansive. Perhaps it’s the use of 3D, but rather than a pointless gimmick, it suits Miller’s view of a nightmarish world of depravity and impulse.

The narratives sit around a selection of different strands and characters from both within the novel series and new stories penned especially for this film (the titular story, ‘The Long, Bad Night’ and ‘Nancy’s Last Dance’ to name but a few).

We dip back and forth in terms of time and person. If there is a slightly slap dash smash n’ grab feel to the narrative, the episodic strands are never less than engaging, with the eyes dazzled even if the brain is lagging a little behind from time to time. Clearly, a lot of thought has gone into each and every shot. The collision of sound and colour has been thoughtfully executed and the wonder of this precision will no doubt reward repeated viewings. There is the expected Kill Bill Tarantino-esque touches to the violence and even Lynchian dalliances in presentation (one can think of this as a more coherent Inland Empire). 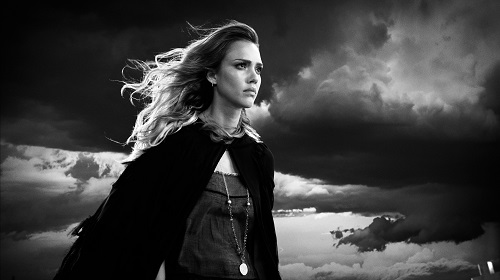 Those watching may find an issue with the sexual politics within the film and the tone does stray close to being a little overtly misogynistic at times, only to attempt to consciously reclaim its stake by making the women empowered-through-violence (owing a debt in the process to sections of Pam Grier-era Blaxploitation and Grindhouse films). Whether this is excusable and adequate justification for the luridness is open to question.

The cast clearly relish their roles. Eva Green loves it to the extent that she is clearly incapable of keeping any item of clothing on at any point. What wonderful abandon she exhibits. In all seriousness, her libidinous turn appropriately meters a Venus Flytrap consequence to her allure. Joseph Gordon-Levitt digs deep to corral an arrogant, determined and slick operator wrestling to make his mark in the city. Above all though, for all the household names, for all the Jessica Albas, Mickey Rourkes and the John Brolins (great as they are), it is Powers Boothe’s performance that threatens to steal the film. As the violently corrupt senator, he proves that this is one cinematic bad guy who will send shivers down your spine. It is deliciously effective. 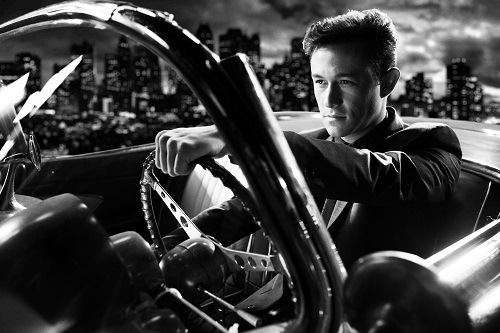 That aside, whilst never managing to quite match the heights of the previous outing, Sin City: A Dame To Die For manages to come pretty damn close. There’s a panache on display here that is mightily invigorating and stunningly realised. This is a unique experience and a unique enterprise. Breathlessly stylish, effortlessly cool. Pulse-quickening in its delivery, this is one hell of a ride.