Michael Fassbender steps into some spurs and onto a horse in this quiet, low key gem from writer/director and first time feature director John Maclean.

Centred on a Kodi Smit-McPhee’s Jay; a troubled young man haunted by the departure of his sweetheart and her father, this is a peripatetic journey through the verdant splendour of the 19th century American frontier. Jay is hell-bent on finding his love. During his noble pursuit, he encounters Fassbender’s mysterious Silas and is propositioned; Silas will aid Jay’s search for a small fee. Unbeknownst to Jay – but known to everyone else – the object of his desires and her father are wanted people. A bounty rests on their head. Are Silas’s intentions pure? 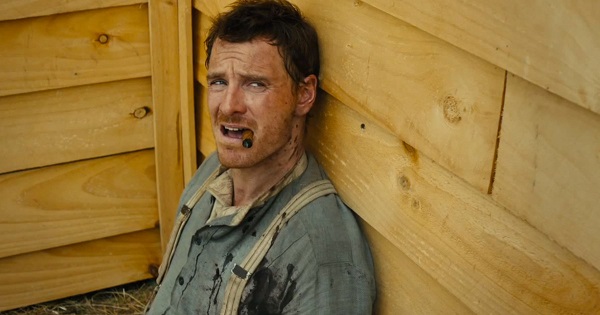 It is an atmospheric piece, metered with a wonderful, creeping tension, and one that invokes the spirit of both Hitchcock and the Coen Bros. Slow West is a slow burn. This is old-fashioned cinema shorn of fast cuts and cheap thrills. You have to work for the pay-off provided here. But it is certainly worth it. Investment and patience is rewarded. A film that punctuates its quiet passages with gripping gear changes.

Stick with this one and ride out the sections of drifting, woozy tranquillity, because the stunning set pieces build to a revelatory climax.