Before we get into the meat of matters, we thought we’d share with you a few of the things that we learnt at Sundance London 2014;

1. Mention a music career to former Marilyn Manson squeeze, actress-turned-director, Rose McGowan, and she will spontaneously burst into song (it’s quite surreal);

4. Two legal adversaries in the Bush v Gore 2000 election battle surprisingly joined forces for the common cause of Lesbian and Gay marriage rights;

5. Ryan Reynolds is very good at accents and far more versatile than we had previously thought;

6. Jarvis Cocker was spurred to do Sheffield steel doc ‘The Big Melt’ after seeing b&w footage of a young lad flicking the ‘v’ sign; 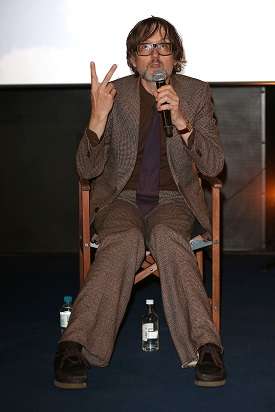 7. Steve Coogan is in ‘a happier place’ now.

Anyway, more of all of that (and more) later.

What was this all about? Well, this weekend saw Sundance London Film & Music Festival return for its third consecutive appearance at the sprawling dome-shaped Meccca in South London that we all know as The 02.

Presented as the only offspring of its much larger Utah cousin, this circus of indie entertainment arrived equipped with a generous cornucopia of film, music and discussion from its snowy, canyon-rich base across the channel.

Stretched out over the course of three evenings and two days, there was a lot to get through. Here, we present our primary despatch on the films on offer:

119 minute documentary on Fela Kuti; the musical maverick who forged the sound that the world came to know as Afrobeat. Political firebrand. Complex man too. 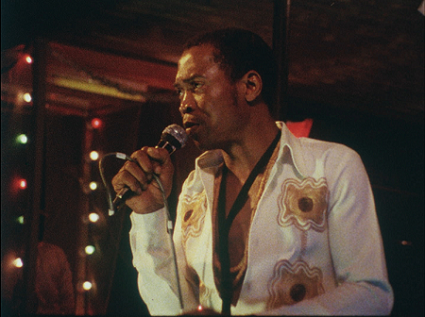 Fela Kuti remains widely adored in his beloved Africa for more than his significant musical skill. Not merely a musician, he was a political iconoclast who stood tall in the face of a violent and destabilised Nigeria as the nation rocked in the years following independence from colonial occupation.

Never one to do things by halves, Fela’s ambitious and startlingly original musical compositions would regularly stretch out towards the half hour mark. Passionate in art and politics, this temperament also applied to his private life.

As stated earlier, by adding an incredible 27 spouses to his existing wife, he was clearly a firm believer in polygamy. There can be no doubt that his celebration of this practice made his contraction of AIDS a sad inevitably.

Alex Gibney’s film, told through a 2 year lead-up to the presentation of the (now hit) Broadway musical Fela! is a carnival of colour and testimony. Glowing references come from Sir Paul McCartney and the alumni of Kuti’s numerous bands – including acclaimed Africa ’70 drummer (and erstwhile Damon Albarn collaborator on The Good, The Bad & The Queen), Tony Allen.

Whilst we are left in no doubt as to Kuti’s Duracell bunny levels of commitment to the ladies, we are also treated to his fervent political voice (even if the detail is scrimped upon). This was a man who genuinely suffered for his art and for the rights of his people.

The biggest crimes that Finding Fela! commits as a documentary film lie in its baggy duration and the fact that his lauded musicianship is only best framed in the footage accompanying the closing credits.

At times, it feels as though it’s an elongated ad-campaign for the musical (it seems quite good). And that’s rather annoying. A flawed documentary on a flawed man then. Rather apt, all told. 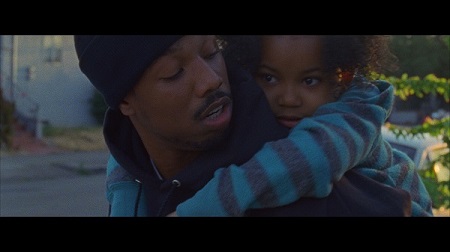 In 2008, Bay Area resident Oscar Grant was shot from point blank range by a frenzied police officer whilst on his way back from New Year’s Eve celebrations accompanied by his partner and friends.

Ryan Coogler’s film, by choosing to open with the moment the bullet makes impact (and depicted through genuine eye witness camera phone footage), comes out of the blocks evidencing what is to come.

It is impossible to deny that the morbid conclusion to the 24 hour period covered in the film doesn’t cast a portentous cloud; and yet, suprisingly, Fruitvale Station never feels less than vital.

Yes, there may be some facets of Grant’s character that aren’t adequately explored, and, yes, the shadier realms of his personal history may not be delved into with a satisfying microscope. But irrespective of such matters, this is an affective, aching lament to a vibrant soul who had been looking to make constructive changes in his life.

The portrayal is aided by a camera that moves with an intuitive skill, gently evoking a mournful paean that blows a sad sombre tune. Its effect is affecting, outrage-inducing, nobly political and stirringly wrapped up in a devastating bouquet of tragedy.

It would be easy to criticise Fruitvale Station and charge it with wallowing in mawkish sentimentality, but that person would have to be desensitised to the point where they are blithely disconnected to the saddening reality of what played out here.

A wonderful debut and a talent to stand shoulder-to-shoulder with any influence he may care to mention. A standout entry into this festival’s programme.

A blast of Paul Simon’s song from which this film takes its title is a highpoint in a feature that throws up ideas and then disappears under the weight of its own tonal inconsistency. 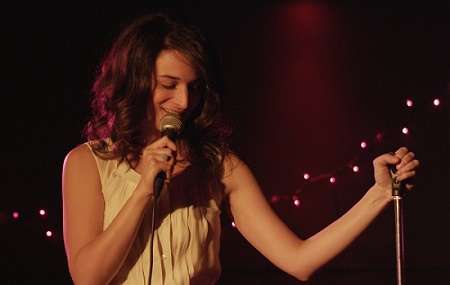 It is a brave decision to tackle a hot potato topic such as abortion in film. Credit and applause must be given to writer/director Gillian Robespierre for eyeing up the challenge and taking it on.

Brooklyn’s Donna Stern is a stand-up comic whose life is pulled from underneath her when her relationship dissipates and her new romantic entanglement brings her pregnancy. How she faces this development is something that might make, or break, her.

Unfortunately, however, in her creation of Donna as a cipher for this narrative, Robespierre has crafted a lead character so gratingly quirky with the sort of nails-on-a-blackboard self-conscious eccentricity that will have you running out of the aisles and into your car. Her tireless insouciance to nigh-on everything is a complete and utter irritation.

Then again, I suppose how palatable you find this picture depends on your tolerance for off-beat comedy. How much of it can you stand before you discern that it is less a matter of ‘off-beat’ and more a case of tuneless free jazz noodling? Much of the Obvious Child resides in such a place. It becomes cloying and distancing – at least to this writer, anyway.

Irrespective of the above, the Obvious Child still ultimately comes across like an affection and an imitation. It lacks an authenticity and a personality of its own. It is the black market handbag that tries to pass itself off as a Gucci original.

That said; despite being a little bitter in places, this is a warmer film than something like Juno. It has a touching sweetness in Jake Lacy’s performance as Max and he brings an earnest heart to proceedings.

Also, there is a refreshing honesty to the manner in which the women communicate with one another. It is unfiltered, open and real, even if it labours (no pun intended) a little too much in the frank toilet humour by the end.

In order to conclude, it can be said that this film’s few decent moments are hampered by an attitude that is a little too pleased with itself for its own good. It goads you with a smug look on its face. It gets on your wick after a while. Pity.

Part 2 can be found here with reviews on Michael Fassbender’s musical Frank Sidebottom tribute Frank, Blue Ruin, The Trip to Italy and Kumiko The Reasure Hunter…