The winding cobbled streets of Edinburgh, a place more instantly associated with August’s annual Fringe spectacular in terms of the word ‘festival’, plays host each June to its International Film Festival. Established in 1947, it is the world’s longest running festival of its type.

Impressively, this year, a vast catalogue comprises 122 new feature films from 47 different countries around the globe. It is certainly a comprehensive compendium of all things film.

Here’s part 1 of our festival diary:

An imperiously fat, grunting, growling and groaning Gerard Depardieu was on offer in the ludicrous Welcome to New York (3/5). If you could manage to stick it past the first 40 minutes without retching into your popcorn carton then it was an unqualified success. Playing a vile, sex-obsessed, rapist criminal banker, it contained some of the most astounding scenes of the festival. Indeed, his moans make Clint Eastwood’s bizarre grumbles in Gran Torino (2008) look non-existent. Lingering and lurid shots that relentlessly gawp at the queasy, randy exploits really do test the patience. 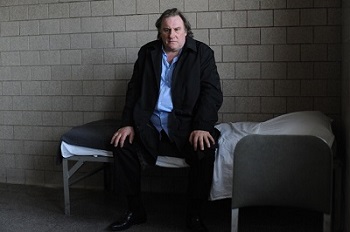 However, pass through this initial third and the film opens up into something more interesting. The climactic kitchen conversation between husband and wife even comes close to rival Before Midnight’s set-to in terms of tension.

A Most Wanted Man (3/5) signals Philip Seymour Hoffman’s final completed screen performance. Directed by Control’s (2007) Anton Corbijn, it is yet another adaptation of a John Le Carre novel. Thankfully, this outing is nowhere near as dull as Tinker Tailor Soldier Spy (2011). This isn’t quite the snore fest, so you won’t find yourself slumping into the comfort of the cinema chair and wistfully passing out to slumber. That said, this tale of a Chechen Muslim illegally immigrating to Germany only to get caught up in the war on terror features a desperately miscast Rachel McAdams. Standing as a lefty lawyer, sadly, the character is poorly written and the performance poorly executed.

The direction, similarly, is without personality; instead, it opts to perform in a perfunctory manner, failing to leave much of a distinct impression. Alongside the aforementioned TTSS there are flourishes of Spielberg’s Munich (2005) in terms of feel.

As for Hoffman, he is reliably wonderful; managing to carouse the very essence of a bedraggled, unconventional but principled undercover civil servant. His mastery of the art of acting is evident once more and his loss is felt afresh. Never less than engaging, if not entirely riveting, this may not be a triumphant work but it is something of a low-key success.

A disappointing slice of Finnish teen-based drama was on offer in Korso (2/5). An unsympathetic, gangly and ghastly set of characters showcase 90 minutes of a wild child’s love for basketball. His dreams of competing in the U.S. are hampered by a lack of money and a lack of discipline. This situation isn’t well-served when he ends up making the mistake of borrowing from a loan shark. 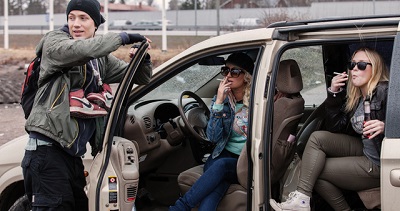 When payment falls due, he finds that this lender is slightly less understanding than what you may encounter on the high street. With appalling treatment of its female characters (perceived not only as entirely male-dependent, but seemingly only there for fornication), it is a film almost entirely without redeeming qualities. Well made, but let down by poor characterisation. This is something that hampered the Noel Clarke produced We Are Monster (3.5/5) but to a slightly less damaging effect. Centred on the true story of a white mentally ill racist murdering his Asian inmate, it is a cold hard glare at the prison system and the unbelievable incompetence that lies within. 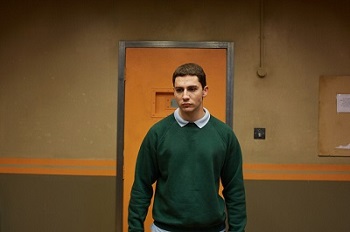 If the drama unfolds with a very clear agenda, it is also effected in a way that stands apart from clichéd prison dramas; evoking a more Kubrickian style of tone lumped in with shades of Romanek’s One Hour Photo (2002) for good measure. The conclusion sends shivers down the spine and provokes ripples of disbelief and outrage. We Are Monster is successful in eliciting the exact emotions it desires. If occasionally too one-sided for its own good, it is not without considerable merit.

A surprise of the crop was September (4.5/5), a strong Greek-based drama of a lonely 30-something and her sole companion; her dog, Manu. When Manu suddenly dies, a distraught Anna seeks solace wherever she can find it. It so occurs that this presents itself in the form of a neighbouring family. Although not welcome by all – a sceptical and irked husband is not too happy – Anna ingratiates herself into this unit. What starts as touching descends into an uncomfortable and frightening look at the damaging effects of loneliness.

Whilst occasionally providing echoes of Single White Female (1992) and Room For Romeo Brass (1999), it is also none of these things. It is resolutely of its own vision. A compelling work deserving of a far larger audience than the art house crowd. A wonderful feature from Penny Panayotopoulou.