The Big Bang Theory: How I Feel About the Portrayal of Sheldon as a (Coded) Autistic Character by Hassaan Mohammad

The Big Bang Theory is an American sitcom which ran for 12 seasons between 2007 and 2019. Despite mixed reviews across its tenure, it was one of the most popular comedy series of its time and won plenty of awards.

Sheldon Cooper is the breakout character of the series. I was a regular viewer of the show from 2012 to 2019; while I was diagnosed as autistic as a child, it wasn’t until about 2018 I began to accept it. As a result, I began to notice how much of Sheldon’s traits align with mine.

Sheldon is played by Jim Parsons, who is not autistic. Sheldon is considered a rather stereotypical and arguably problematic representation of autism. 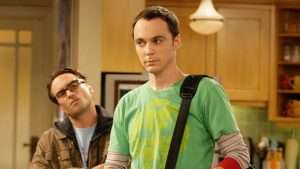 There are ongoing debates as to whether a non-autistic actor should play an autistic character. I don’t consider it an issue in and of itself, but the problem comes when the autism element is cranked up to 11 for the purpose of storytelling. For me, it’s difficult to see how a non-autistic actor can form a completely accurate picture of the life of an autistic person.

Sheldon is presented as having an incredibly high level of genius, but struggles with social skills, isn’t always great at reading humour (including irony & sarcasm) and has a general lack of humility, empathy & toleration. He is, at times, presented as an unpleasant character which links into the issues with considering Sheldon to be an accurate representation of an autistic person.

Sheldon’s unpleasantness can often overpower him and you’d be forgiven for thinking all autistic people are like that. Lack of empathy is also considered one of the stereotypes of autism the autistic community is generally disapproving of; some autistic people may not feel empathy which is valid but other people’s experiences are different.

The co-creator (Bill Prady) stated that Sheldon was neither conceived nor developed with ‘Asperger’s’ in mind, although Jim Parsons stated that, in his opinion, Sheldon “couldn’t display more traits of Asperger’s”. Asperger’s, it should be noted, is no longer a diagnosis. It was named after the Austrian paediatrician, Hans Asperger. Hans Asperger was a Nazi who experimented on Autistic children.

Would labelling Sheldon as autistic (or another condition such as OCD) benefited the character’s story arc? It’s hard to say. It would depend on how much it influences the story, and one could argue it does massively.

I relate to some of Sheldon’s traits, however. In one episode, he highlights how he struggles with eye contact during a conversation with Penny and how it’s easier around people he is comfortable with. Despite not usually resonating with American humour as a British person, I find Sheldon employs sarcasm and humour in a way that hits more than other characters. When I was younger, much like Sheldon, I also struggled with reading and understanding humour. This is not the case now as I have found my own ‘autistic humour’. In another episode, Sheldon celebrates his birthday but ends up becoming overwhelmed due to the sheer number of visitors, also my experience with large gatherings.

I’m not keen on how Sheldon’s traits are considered a burden on the other characters, not to mention how they’re used as a punchline. I find this can lean into a stereotype of autistic people being ‘annoying’ and difficult to deal with, and Sheldon is written in that way. The Big Bang Theory is filled with problematic language/tropes (with claims of casual misogyny, sexism amongst others) but despite that, I can’t help but relate to Sheldon a little.