His name is Michael White and he is a pioneer. He is also quite possibly the most famous non-famous man in the world of the arts. Why haven’t we heard of him?

White has stood for decades as a beacon for the bold and the risque. Since the early 60s, he has occupied the West End as a formidable presence.

It was his tenacity that ensured that boundaries were broken. He gambled frequently, bringing the likes of the controversial, nudity-filled and sex-themed Oh! Calcutta! to theatre stages. He was also the man who brought Richard O’Brien’s The Rocky Horror Picture Show to the public’s attention. He was also a film producer of considerable note too.

The roll call of talent vouching for White in The Last Impresario is very impressive. It is one that includes Yoko Ono, Naomi Watts, Kate Moss, John Cleese and more. This man knows everyone. It is with these foundations that Australian filmmaker Grace Otto has moulded her film. 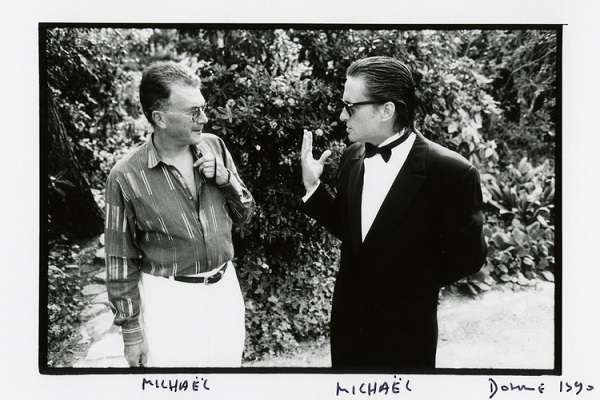 White is/was a gatekeeper; holding the keys to opportunity for so many. So it is a pity that in supposed celebration of a daring iconoclast The Last Impressario manages to frequently resemble a reductive flick through a photograph album of the rich and the famous. Attention is drawn towards the recognisable faces and less so on White’s achievements. In some ways, this documentary brings the subject forward and, during the course of its runtime, manages to almost push the man back to the shadows.

Sadly, it is to the film’s credit that the most articulate of material comes from a BBC Radio 4 archive interview from 1996. The White of later years has been beset by serious illness. Now in his late 70s, he is a frail but determined soul who walks the film festival circuit with the aid of two sticks. And he still parties hard.

This is a window into the life of an irrepressible spirit that has kept the flame of youth burning despite his failing physical tomb.

In a world of big business homogenosing the landscape theatre and film, he is surely representative of a dying breed. This film is a timely reminder of more personable and exciting times.

The Last Impresario is in selected cinemas from 26th September 2014.