Beautiful cinematography and a strong set of performances can’t quite prevent The Railway Man stalling at a red signal. 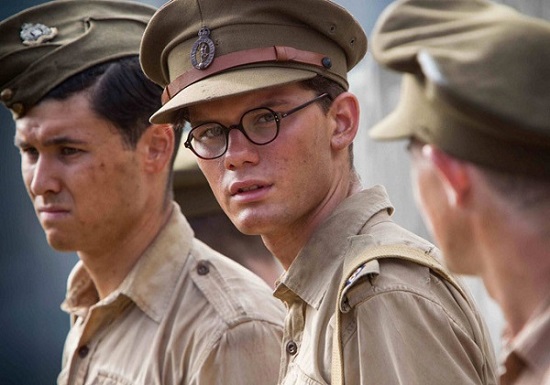 The story of Eric Lomax – a former Far East Prisoner of War (FEPOW) beaten black and blue during his time in captivity – is one familiar to many.

Lomax took his devastating experiences in the Second World War, put pen to paper, and turned the events into a best-selling book (of which this film takes its name). If you are one of the few who are not aware of the twists and turns that took place in his tale, then you might do best to avoid the trailer. By doing its best to ramp up interest, it makes the cardinal but all-too-frequent error (these days) of providing too much information.

With a time frame that seesaws between 1942 and what is regarded as the present day (1982/3) the film flits with unpredictability between two periods. In terms of tone, the cinematography is positively austere in a Tinker Tailor Soldier Spy (2011) manner in the present, but sweaty and claustrophobic in the war time sections. And yet, the sensation that binds both periods together is the shocking brutality. Although manifested in different forms, both are omnipresent and vicious.

Jeremy Irvine is perfectly cast as the younger Lomax; offering a canny resemblance to the older Colin Firth. Somehow, their ticks and affectations marry in a wonderful harmony that offers the link between the two phases of the Lomax life story.

The problems that knock on the door marked disjointedness are those of pacing. There are some riveting moments to be had, and the latter stages best represent these. However, in the early ‘modern day’ passages, there is a little too much speed and a little too much distance in the romance of the older Eric with his newly betrothed (Patti – Nicole Kidman).

The 2001 Robert Carlyle/Keifer Sutherland film, To End All Wars was a more effective rendering of a similar tale; an account of the experiences on the notorious Death Railway linking Thailand with Burma.

This is a decent film that makes the minor crime of failing to be the transcendental thing of wonder that the true story deserves. A incredible biography told with competence but lacking something that’s hard to define.

The Railway Man is available on DVD and Blu Ray from 5th May 2014.

For those who are either familiar with the story or who don’t mind spoilers, the trailer is here: