This is quite the week for cult film releases. Greeting the public in two generously addorned packages (both externally and through extras on each disc) comes a long-lost nightmarish classic from the 70s and an 80s horror of dazzling style.

The former, Wake In Fright, is Nick Cave’s favourite Australian film (and only the second film to ever be screened separately at two different Cannes festivals). The latter, White of the Eye, is a Nick Mason (Pink Floyd) soundtracked voyage into the travails of a serial killer. 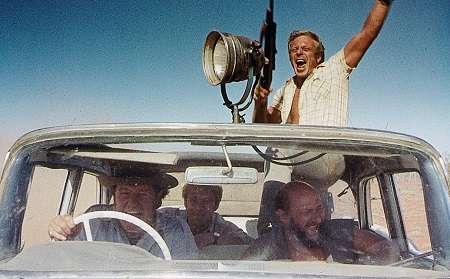 Sting’s conservative music is a befitting frame for one of his own rather privileged lyrical touchstones. When considering the metaphor of his song An Englishman in New York, one might imagine the significant cultural clashes he feared. I mean, how would you even begin to wrestle such a startling concept as Thanksgiving or, say, driving on the opposite side of the road? Truly worrisome.

Now, let’s move this to something genuinely startling. How about an Englishman alone in the outback? A man for whom arrogance comes easy and money does not (well, it certainly vanishes after he fritters it away through a late night gambling session).

In 1971’s Wake In Fright – a film thought to be lost and was only recovered after a devout search conducted by the cinematographer culminated in the discovery of the original negative in a canister earmarked for destruction only a week after its recovery – John Grant (played by the late Gary Bond) is a teacher assigned to a remote school in the middle of Australia’s arid desert.

As the Christmas holidays approach, he takes a train out of this base, Tiboonda, to Yabba in order to get his Sydney-bound flight to spend the vacation with his girlfriend. Once he sets foot in Yabba, however, there is no guarantee he will make that flight.

John Grant slips down a slippery and dark personal descent as a consequence of the listless inebriation heartily encouraged by the townsfolk. Their games of alpha-male one-upmanship is depressingly depicted through a late night kangaroo hunt. These scenes are not for the faint of heart.

In fact, so galling is the footage, there is a post-script reassurance from the producer come the closing credits. The footage was not taken as part of the film, but it is real. The massacre is the result of what was a true life kangaroo hunt. The Australian equivalent of the RSPCA wanted the footage to be included in order to appal the wider world and get the practice put to an end.

Wake In Fight is an experience.

It is a dark mood piece without any true moral centre. For some strange reason, rather than ostracise the viewer from the narrative, it ropes you in with a strong tug and doesn’t let go.

It is an indelibly haunting and utterly compelling work.

Wake In Fright is part of the Masters of Cinema series and is available from 31st March 2014 on DVD and Blu Ray through Eureka! Entertainment.

You can purchase a copy here. 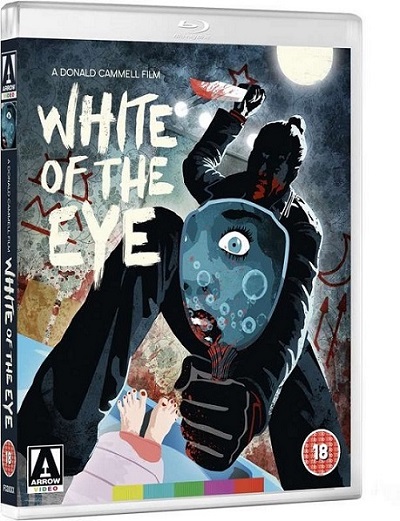 Director Donald Cammell had a very strong association with music. Having directed the acting debut of Mick Jagger in 1970’s iconic Performance (sharing directing credits with Nic Roeg), he subsequently stood behind the camera for a number of U2’s videos before he sadly passed in 1996 at the age of 62.

For his final feature-length horror film, White of the Eye, he delved into his rock star phone book even further. He secured the talents of Pink Floyd drummer, Nick Mason, for soundtrack duties.

Mason’s touch (aided by Rick Fenn), offers an unmistakable David Gilmour slant to the guitar licks that punctuate various scenes. Due to the time and era, there is the disappointing and hideous prevalence of electronic synths and drum machines that scatter in and out of the film elsewhere. It is an occasional audio mar to what is otherwise a sterling job.

Documenting the travails of a serial killer on the rampage in a small community, White of the Eye, has all the DNA hallmarks of a B movie. Yet, the skill and style utilised is drawn straight out of the (grade) A movie toolbox.

However, the visual touches can’t quite mask the narrative debts owed elsewhere. Echoes of Kubrick’s The Shining, Meyer’s Supervixens and Michael Powell’s career-halting Peeping Tom all shade the final product. It must be said, in Cammell’s defence, that the level of debt here in this regard is a mild irritant. It may fail as an engagement of the head but it engages with the eyes consistently.

In fact, it is a shame that Cammell’s contribution to the visual medium remains underappreciated, forever in the shadow of his former peer Nic Roeg. Cammell had a penetrating flamboyant sensibility and he plied his trade with the brazen abandon of a virtuoso.

Ultimately White of the Eye is a victory of style over content, but, oh hell, what style.

The work that Cammell and his excellent DoP, Larry McConkey (also Hugo (2011), Silence of the Lambs (1991) to name but a few), achieved casts a powerful hypnosis, which is undimmed by the passing of time.

You can purchase a copy here.