Why I Want to Save Linear Television by Hassaan Mohammad

I view television as a medium with the ability to bring us together more than any other. There’s no greater feeling than watching the same thing together as a nation. It can generate a buzz and conversation and make you feel part of something.

As viewers, we remember ‘urgent exit required’ from Line of Duty or more recently Rose Ayling-Ellis’s poignant and personal performance on Strictly Come Dancing when the song ‘Symphony‘ faded away and gave us a clever insight into her world as a deaf contestant.

Twitter was abuzz, the cast of ‘Gogglebox’ were in tears. It was a moment that proved how powerful television can be, particularly when we’re all watching collectively. 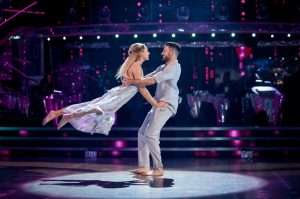 Ultimately, and perhaps annoyingly, our viewing habits are increasingly fragmented. I have also grown increasingly concerned at the online-first approach taken by broadcasters.

For context – I am 25 years old, so firmly within the age bracket of folk who (seem to) prefer to consume all their content via streaming, but I’ve always had a soft spot for ‘old television’.

I have always viewed the BBC/ITV as corporations rightly proud of being the nation’s biggest channels and uniting people with must-see broadcasting, be it sporting events like the World Cup or regular programming like Line of Duty.

I’m less in favour of adopting an approach that shifts focus to the online platform to the detriment of the linear channels. Having a broadcast channel sets them apart from platforms like Netflix; it creates appointments-to-view, bringing a greater communal viewing experience. I am concerned about the magnitude of shows which appear to have entire series placed on the ITV Hub/BBC iPlayer, while still having their first linear airing. I believe this harms the impact on their premiere, the effect they have within a night of programming and in turn reduces a channel to another form of catch-up service.

I feel the Hub/iPlayer should be used to complement their family of channels as opposed to working against the success of them. I get the impression the BBC recognises this, hence BBC Three returning as a linear channel in 2022. What I don’t understand is why the BBC choose to ‘boxset’ big dramas that could benefit from people talking about the show and theorising about where the plot may go. I feel in their desperation to compete with Netflix the channels are forgetting their USP.

The time between episodes of a drama allows viewers to build theories about past episodes and look forward to the next. It’s an argument that is further clouded when the BBC are promoting BBC Three as being back on TV. It feels as though there’s an element of confusion within, as streaming services like Disney+ do weekly drops now.

I am autistic and throughout my life, I have had various special interests. Television has grown into one since I was 15 and is now my main special interest. This topic particularly has piqued my interest for the last two years.

I follow viewing figures daily and have done for 10 years. It’s increasingly disappointing when the daily overnight figures show the number one programme at 9pm achieved only 2.5 million viewers, a common fate in 2022. Even accounting for viewing elsewhere (such as on catch-up services), I believe more is achievable.

When I am passionate about something, I will be extremely engaged with the subject and fight to make a change. In this case, I have exchanged emails with the heads of the BBC/ITV, as well as their audience teams.

I can’t be the only person who feels this way.

Support our terrestrial channels because great telly stays with you. Hassaan.