The funny thing about Day 1 of Benicassim is that there is so much built up energy from the 25,000 strong crowd. They had patiently spent the last three days gaining their stripes in camping, sunstroke and drinking, therefore any performance on the main stage not evoking a rock or dance fuelled mosh pit would incite a medium-scale riot. Beach House fell slightly foul of that in their set, but more of that later. First act on (that we caught anyway) was La Roux and they are rather huge down here in Spain.

Despite not having released any new material since 2009, Elly Jackson and her gang easily drew one of the biggest crowds of the evening (Bands play from8pm – 8am) And for the band who announced that this series of Summer appearances was a toe back in the water before the second album is finally released they must have been genuinely blown away by the reaction, particularly saving the the double whammy of ‘Im Not Your Toy’ and ‘Bulletproof’ for the last 2 songs when the crowd went collectively batshit.

There was a rumour going round that all of La Roux were going to shave the back of their heads and change ‘Bulletproof’ to ‘Mulletproof’. It was probably a lie, but you heard it here first! 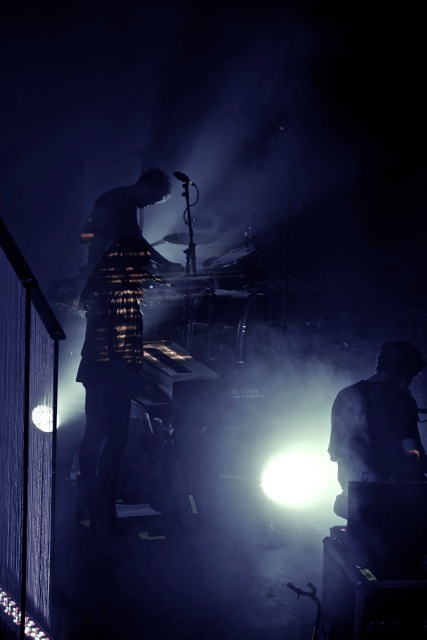 Beach House on the other hand drew a respected but far diminished audience. Guess the draw of Rudimental on the second stage was too great. Those that stayed however were treated to the lush landscape of sounds that made their most recent album “Bloom” and the accompanying trippy light show . You can’t deny the fragile strength of tracks like “Myth” and “Wishes” when they are rolled out but personally I think they could have been stronger on a smaller stage where the gaps between fans wasn’t quite so obvious. Be interested to see how Beach House fair headlining the second stage at Lattitude this coming weekend…

Josh Holme is a man on fire at present.

Killer album: Check
First No1 in the UK: Check
Grohl on drums for recording: Check. 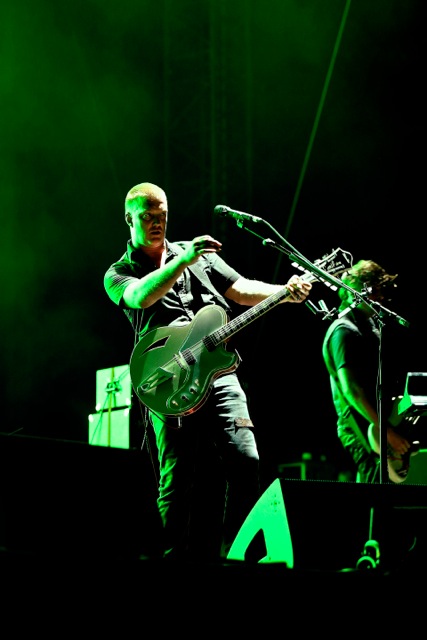 QOTSA came to own this first day and no fucker was going to rob Holme of that. Launching with a double whammy of Feel Good and Millionaire and then dispensing with HUGE “No One Knows” meant that he could settle into the groove and delver the rock show everyone needed. Mosh pits ahoy! Fanswere treated to 90 minutes of pure energy finally climaxing with ‘Go With The Flow’ and ‘A Song For The Dead’. They could have played an encore, they didn’t need to. Benicassim was officially won over and at their mercy, especially this a trio of pogoing bananas. 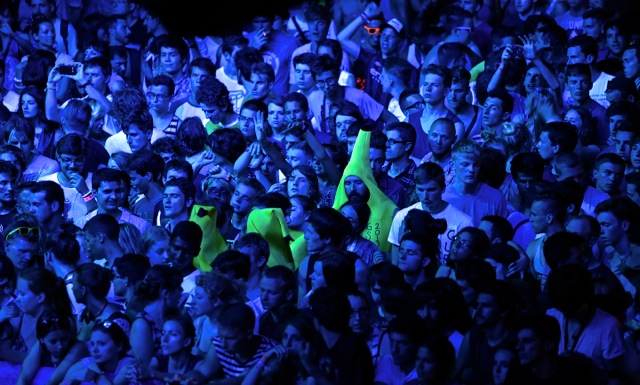 Hurts drew a decent crowd and wrapped up the main stage activities with a strong set of euro fuelled pop at3am. Though they have a decent enough following in the UK, the rest of Europe seems to have taken them to their collective bosom. Tracks like ‘Miracle’ and ‘Blind’ from new ablum Exile were clear winners with their football terrace chants of choruses . The biggest screams of the evening however were saved for “Wonderful Life” and “Stay” from the album ‘Happiness’. We caught up with Theo before the gig who said that he had been due to come to the festival with a group of mates in 2007 but got diverted to Malaga instead. Based on last nights performance I doubt it will be long before a return visit is planned. 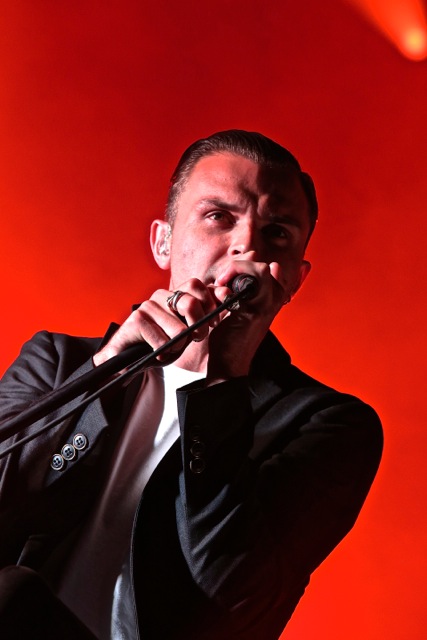