Calvin Harris review: How To Make Friends and Influence People

Im a little dazed, seeing stars and a swelling is developing over my right temple.

Oh My God Im so sorry! a lanky blonde girl apologises to me and then continues to flail her arms like a spinning Cheese-string. Ive taken an elbow to the eye, and from the teutonic look of the people in my immediate vicinity, Im going to take a few more blows before the night is out. This is why short Asian kids arent into dance music. The things I do to bring you good copy.

In fact, the term Dance music is an oxymoron. It is impossible to actually dance to. There are no specific or recognised moves. You cant properly dance with a partner. In a club, there is generally not enough room to move very much anyway. Perhaps this is why its never really taken off in Africa or the Carribbean where they love to bust some moves in the Dancehalls. Dance and House therefore is traditionally the reserve of European (especially German and Scandinavian) impossibly-beautiful blue-eyed boys and girls, all of whom are over 6ft and have a limited repertoire of ways to shake-it. Jumping? Tick. Rhythmic arm-waving and bowing? Tick. Random jerky movements akin to some sort of seizure? Tick. And tonight is no exception. The Roundhouse is packed to the rafters with revellers eager to see their Nietzschian Superman DJ, Uber-mensch Producer and highest-earning music artist in the world, Calvin Harris work his magic. 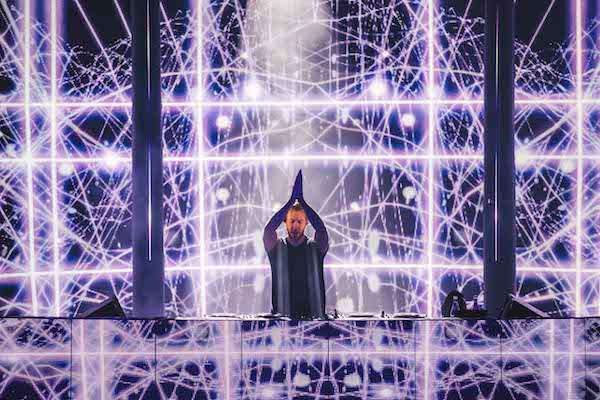 Speaking of Superman, Calvin Harris has a Clark Kent alter-ego. Just a few years ago, he was Adam Wiles, supermarket bagging assistant in Dumfries, Scotland. Now? He made just shy of $50 million last year. He made about $15 million more than his competition (Tiesto and David Guetta). He out-earned Jay Z. Yes, even Mr. Beyonce Knowles, Mr. New York, Rocafella, even Hova himself couldnt touch Calvin. What a difference a few years makes.

The set begins with the requisite countdown to get the fans pumped up. As zero hits, Calvin appears backlit on a platform behind his deck-station and starts booming out the tunes. There are too many to list individually (as with any DJ set), but suffice to say the crowd is loving the builds and bass-drops that coordinate with explosions of varying forms from the front of the stage; confetti, dry ice, indoor fireworks. The dangerously impressive vertical flames give off palpable heat that is reminiscent of a Rammstein gig and has an audible wow factor. Calvin knows a good thing when he sees one and the crowd is bouncing around and then going crazy when the breakbeat drops. The bass pumps to your very soul and your whole body pulsates with the noise. It is more a feeling than a sound.

It is a case of rinse and repeat however (same with the pyrotechnics) and after the 10th time this rise-drop sequence has happened, it is starting to get a little tiresome. The crowd on the floor cant seem to get enough though, so perhaps Harris has judged this well. The writhing roiling sea of people is his to command. There hasnt been this many unmedicated white middle-class people jumping up and down in North London since they threatened to extend the Congestion Charge Zone. 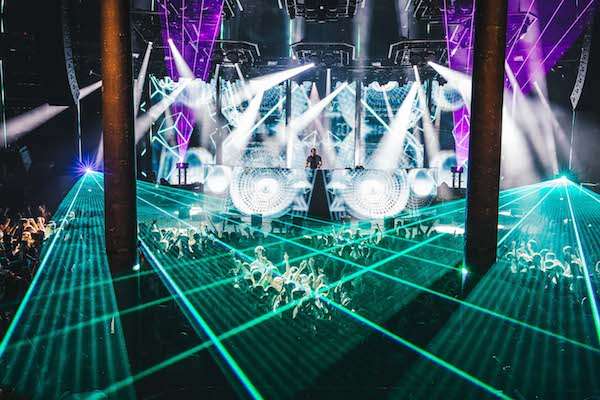 Calvin is in the enviable position of having written, produced and mixed so many hits that he doesnt really need to stray too far outside of his own material when doing a set. His back catalogue is pretty much stellar record after stellar record. Despite this he drops in some Alesso, David Guetta, Hardwell, Armin Van Buren, Sander Von Doorn, Fatboy Slim, Charli XCX and The Yeah Yeah Yeahs mixes/tracks for good measure. The best of the first half is easily the Jamaican Yardie-tinged Watch Out For This (Bumaye) by Major Lazer ft. Busy Signal & The Flexican & FS Green (Dimitri Vegas & Like Mike Tomorrowland Remix). Its a brilliant change of pace and style from a master of his craft.

The second half of the set is chock full of Harris uber-hits. Youve Got The Love & Sweet Nothing (Florence Welch), We Found Love (Rihanna), I Feel So Close To You, and Bounce (Kelis). It is this part of the show that is more impressive from a technical stand-point as Harris pulls off some neat licks, trick mixes and flips. Some freestyling keeps the deck-afficiandos happy too.

The live guest vocalist is John Newman, a man with a face, body and sweat-glands for radio, who launches into their new track Blame. His vocals are undeniably on point, but his unintentionally hilarious dancing actual causes laughter from the audience (this is compounded by the fact he is not doing it ironically). He wheels out a raft of (frankly bizarre) Michael Jackson moves, dressed in an unflatteringly and unnecessarily tight shirt. Its like he just watched the Black or White video in his dressing room 5 minutes before coming on and thought, you know what, I might just give this a go. At one point he even appears to have veered off into Riverdance/Cotton-Eyed Joe territory. Whoever his publicist, stylist or manager is (I refuse to believe any self-respecting choreographer sanctioned this madness) needs to give him some Hitch-style lessons in dancing. 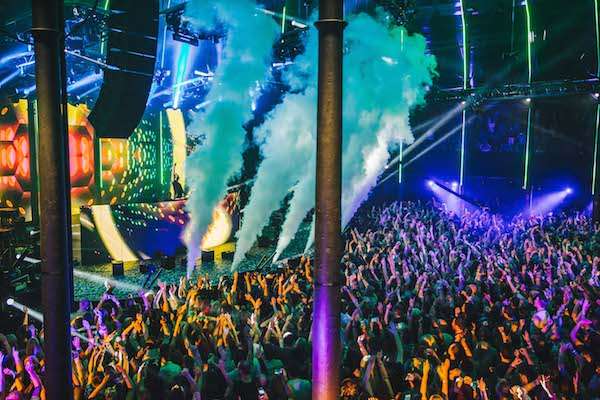 It should be noted that the audiovisual show accompanying the music is utterly amazing and looks like a demented version of Tron, R-Type and Dance Dance Revolution, in a good way. Lasers snake out across the venue and the coordinated changes of trippy projected shapes on the backing screens are perfectly synched to the music.

We close the show on the most successful and most streamed track on Spotify in the last month or so, Calvins own Summer. It is estimated to make him just over $1 million. This DJ set, like anything else he touches just turns to gold. The Roundhouse is doing its best impression of an Ibiza/Vegas super-club, Pacha and Hakkasan eat your heart out. Calvin Midas Harris has just blown the roof off London and Camden is most definitely in the House.

The iTunes Festival continues throughout the month of September. Keep posted to SupaJam for all the reviews and news on this musical feast.