And almost ceremoniously, last night SupaJam, Tap ‘N Tin Promotions and friends sieged Kilburn in their continuing search for something brilliant, and BOY did they stumble on a goldmine.

With barely a week to go before Benicassim Festival gets underway we welcolmed seven groups, Island Cassetes, Bordeauxxx, The Bishops, Blue Nipple Boy, Art Club, The Doppler ShiftandF. O. X, to Power’s Bar with the ultimate gift of just one slot for the colossal festival.

It began with the decorative, traditional reggae shapes of Island Cassettes. The waves they’re making are no secret, so there was little surprise amongst the gathering proletariat. Their balance of Interaction and swapping textures made for a memorable performance, culminating in a battle of G major scales between instruments on their final song. 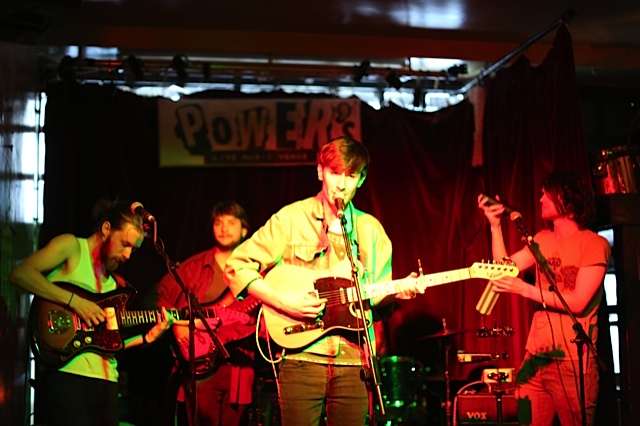 Go and check out their debut record and sounds here.

Cut from a Animal Collective-shaped cloth, we take a trip toBordeauxxx. ‘Gusto’ is the operative word for this x-rated gallic outfit, and they flew through their three-song set with handclaps, harmonies and hypnotic on-stage textures. Jelly sandles! I think their bassist/singer/keyboardist was the first man to wear jelly sandles since 1993, I couldn’t stop staring. 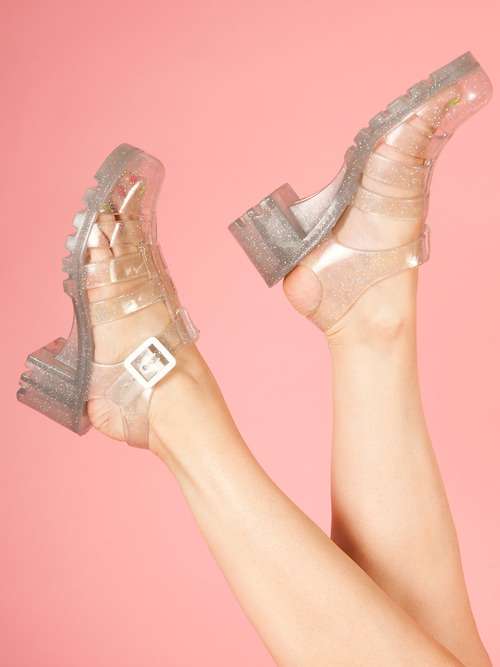 Our ecclesiastical buddies, The Bishopskicked up a real fuss. With a slew of screaming fans and heads that swung like insatiable birdies, the lights were dimmed. The tight knit relationship between bass drum and bass guitar was complimented by a baritone which rained like Unknown Pleasures. Shut your eyes and it’s like the combined wet dream of David Byrne and Ian Curtis. 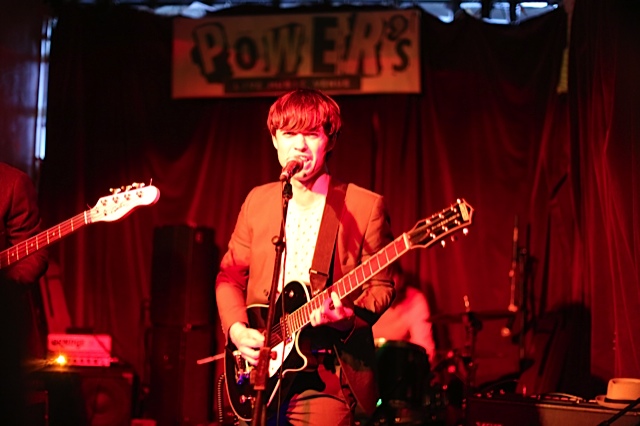 Having flown all the way from Romania for the second time in seven days, we graciously welcolmed the rolling grooves ofBlue Nipple Boyon our main stage at Power’s Bar. With a saxophonist and a bass player down, the group still managed to persuade the partisan crowd to partake in a reggae hoedown.

Party at your keyboard and head to their Soundcloud. 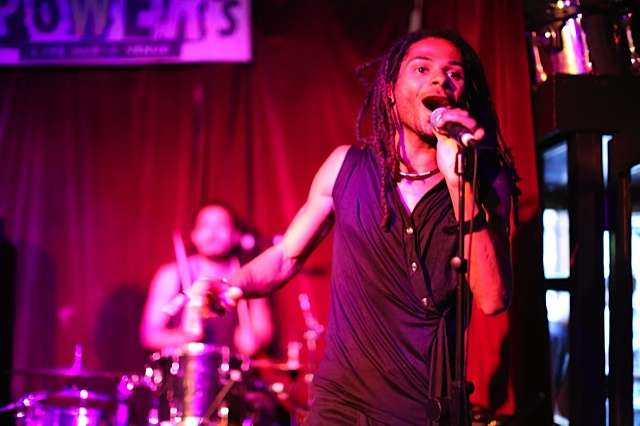 You’ll seldom find somebody who isn’t encapsulated byThe Doppler Shift. Lyrically aphotic and sonically diverse, the group manage to perfectly walk a tightrope betweenAmnesiac-era Radiohead and something wholly more conventional. Take their stunning record ‘The Lost Art of Living’ to embrace what’s enchanting about the outfit. 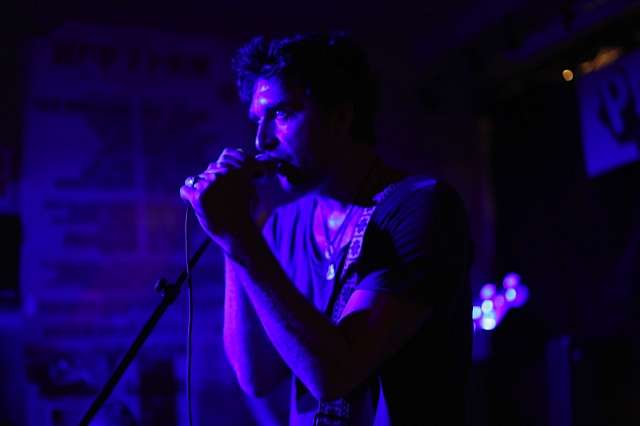 The Art Club were next. Fresh from hearing their new single, Sorry, the post-punk group turned many heads during their slot last night. As a highlight, look no further than the splashes of colour and trials in the vocal performance. Get into the Art Club in time for summer by listening to the tracks on their Soundcloud. 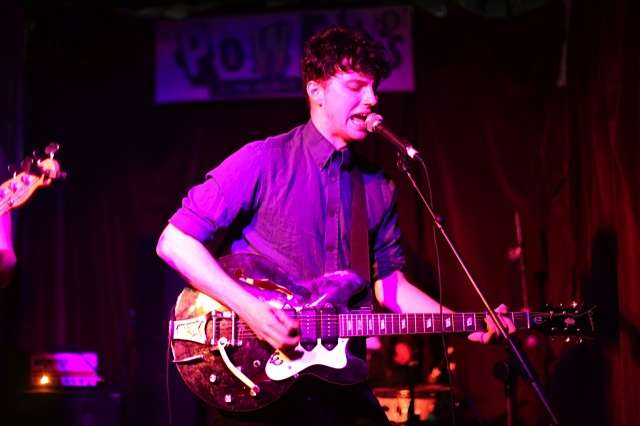 Fresh from supporting Depeche Mode on a month-long tour and releasing their debut album, F. O. Xfeel like a band who’re really hitting their stride. Trigger pads from 1984, powerful vocals and dynamic songwriting; three-songs wasn’t enough for this group, who managed to impress and emotionally exasparate the crowd in little over fifteen minutes. Get them before they explode into something overwhelming right here. 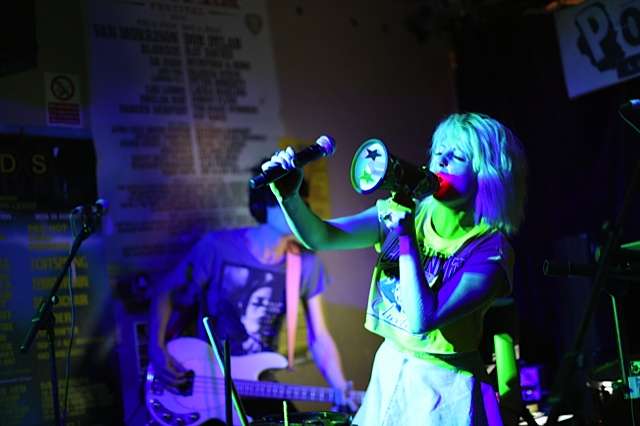 There was nothing straightforward about last night, it was tough, and though it was a shame to turn away so many superb groups, it was a heartening experience. A genuine showcase of promise, pertinence and brilliance gave me a skip in my step on the night bus.

The winners were the sun-stained Bucharest troupe, Blue Nipple Boy, who cleared every hurdle in front of them with a certain ease. I for one can’t wait to enjoy them on the sandy shores of Benicassim.

Thanks to everybody who applied and took part, it gets better every time. Enjoy this video from our winners’ MTV session.

Tap n Tin Promotions in conjunction with Riverside Artist Management, Not Neet Now and Charlton Athletic Community Trust are excited about working with Supajam to discover a fantastic talent to play at FIB. Tap n Tin and their partners are working hard to promote new talent from all over the UK whilst linking in with Music education programmes to allow students from all ages to gain the benefit of a formal music qualification at no cost to themselves which could enhance their future in the Music business. We are proud to send Blue Nipple Boy to the festival, and hope they have a great time!