Well this was it; after months of searching & hundreds of entries The Live Grand Final for SupaJam’s “Fast Track to Strawberry Field’s Festival” was finally here…

After two epic Semi-Final’s everyone was looking forward to potentially the ‘BEST’ Fast Track Final in terms of raw musically quality, in Supajam’s famous competition history! Being held at, where else but the legendary Power’s Bar in Kilburn, it definitely proved to be that… with six brilliant acts battling it out it proved to be an awesome night!!!

The ‘Van Susans’ had the daunting task of opening the night, they didn’t let this phase them and the South East London Rock-piano five-piece let rip with their first song drawing sounds reminiscent of Incubus (Not a bad comparison at all). By the time the band got to their second song; the crowd was fully aware this was a band worth listening to. Lead singer ‘Olly’ introduced their second track of the night as their “Western track… well every band needs one” If they sound anything like that, then it should be compulsory for every band to have one. They then finished their set with ‘Cha Cha Bang’ a track that should be gracing Radio One every day, and that after the first chorus the crowd was hooked! A great track and definitely one you should be checking out… what a great start to the night! 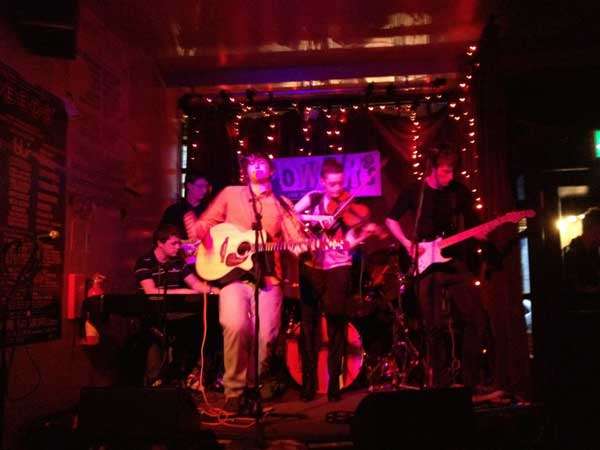 As the night had been prised open with a flurry of momentum; it was a daunting task for folk singer ‘Adam Barnes’ to take to the stage with the storm that had been created by the openers. He pulled his guitar up to the microphone on stage in the chatter-ridden room and silenced everybody
within seconds, keeping their attention for the remainder of the set. Culturally and lyrically, he’s a vagabond on a rite of passage. But musically, he’s traditional folk. His songs regularly ease past 5 minutes and still hold everybody’s attention. With the stalwart performance going from strength to strength, he decided to finish the set beautifully a-cappella and off-mic with his beautiful ‘Come Undone’ – humble. This sentimental offering was more than enough to justify that we’ll be back to see the Oxford-born Brit. 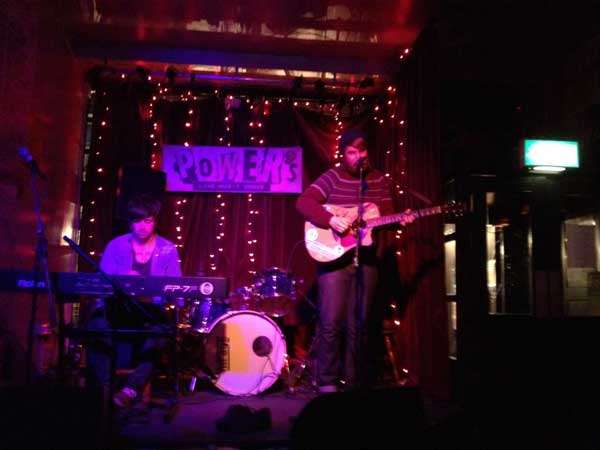 Following on from the singer-song writing was the heavier sounds of electro-rock quintet ‘Plastiq’. Fronted by the ridiculously gorgeous & exceptionally vigorous ‘Marriane’ the North London guys ensured the standard of the night stayed splendidly high. There heavy tracks were feeled with raw energy and you can tell that these guys were a band that clicked. Their track ‘The City (Am I poisoned) was pretty much awesome! You could tell that these tracks could easily belong at a festival… drawing influences from Radiohead to Blade Runner Plastiq have developed a very unique sound… And after that performance must have been very much in contention! 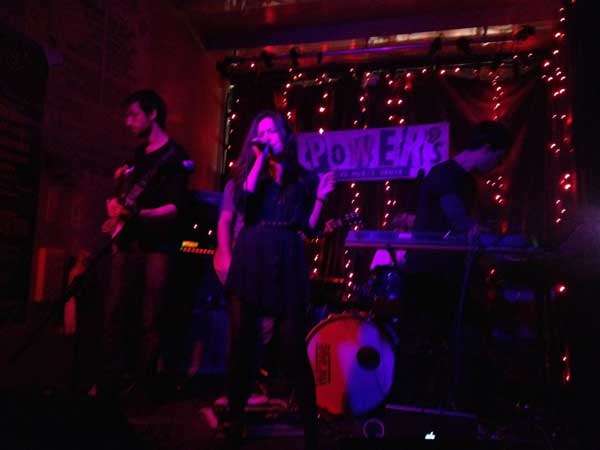 Just past the half-way mark now and it was ‘The Jude’s turn to take to the stage. With satirical comments provoking some laughs from the audience, The Jude then proceeded to batter them alive; blasting and boasting an energetic offering from our SupaJam stage. We’d obviously heard the guys so we were confident of something similar to this transpiring, and they’re taking large steps in direction of emulating what makes American Rock great; a long road with plenty of divots. Though dressed like 50s throwbacks, their music is clearly influenced by what has been about for the past few years, as opposed to Jerry Lee Lewis. Blowing the faces off of the front row, they assured nobody will be forgetting their name any time soon.

The penultimate act of the night was ‘Young Blood’. With charismatic front-man ‘Ben ‘confidentially introducing the band “3 of us are from Swindon, but we are four good-looking lads” self-proclaimed? Definitely – however they did look rather dapper, Gok wan would have been impressed by the sharp blazer, chinos, winkle-picker combo! Although who cares about that, what was their music like…. Well considering this was only their seventh yes (7th) gig it was rather brilliant. They debuted their new track with an additive chorus they the crowd instantly found themselves repeating ‘I want you to jump on over, we can get high, we can get higher, we can get high, we can get higher’ quality…. They then ended their set with their self-titled track and encouraged everyone in the venue to join in with them, I’ll tell you what they are knocking up brilliant chorus’ for fun ‘I won’t die, no I won’t die’ was being echoed around the Power’s Bar… and Young Blood went off the stage to massive cheers and deservedly so! Can easily picture those songs being echoed back by fans at any festival!

‘Will and the People’ closed the night. Having seen the guys perform before, I’d been thinking that it was likely they give many similar performances, and all that distinguishes this one from any other is the backdrop – I was wrong. With their impressive, incandescent demeanour – it’s hard for the guys not to bring a smile to your face. The strengths are clear; ravishing vocals, an emotive rhythm section, and the combination of both roots-reggae and psychedelic rock. So, received by an enthusiastic, pasty mass of English – swaying and dancing to a group of curtain-haired musicians is something that could’ve happened at any point over the last 40 years. The best compliment to be thrown at Will and the People is that they create a festival atmosphere. Yes, there are lyrics like “So many billions, so many billions of bullets we’ve become “which feel a little constrained coming from a faux-Caribbean accent in North London, but it’s easy to get the sense that the intent is to let the nostalgia consume you, and that’s exactly what it does. 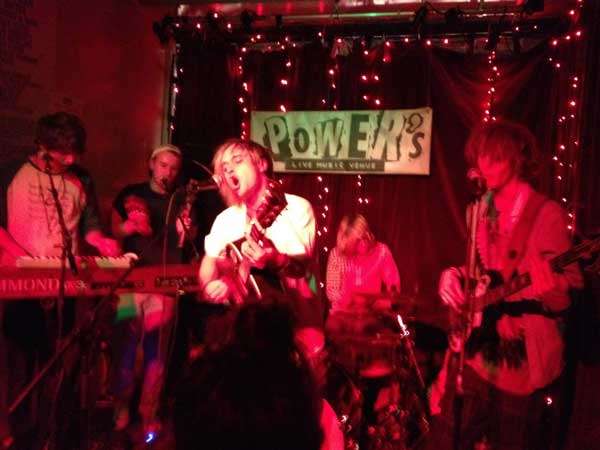 Well that was that, all six acts had performed and it was down to the judges to pick one who will go on to play at the Main Stage at the elusive Strawberry Field’s Festival… Well I definitely don’t envy them as to pick a winner out of them would be ridiculously hard and painfully cruel to the ones who would miss out…

Just to give you a glimpse of the task facing the judges, here’s a clip of one of the acts who DIDN’T yes thats who DIDN’T win… Amazing….

After careful consideration ‘YOUNG BLOOD’ was announced as the winner. The four-piece from Swindon wowed the fans at The Powers Bar a place that they call their “Second Home” after performing their as many times (twice) as any other venue they have played… will now be preparing to play SFF 2012, alongside some world-class acts. Already on the bill for the festival are LABRINTH, THE CHARLATANS, YOUNG KNIVES… and of course now YOUNG BLOOD.

You can still grab your tickets to the festival HEREand make sure what you doing, it’s shaping up rather superbly!!! 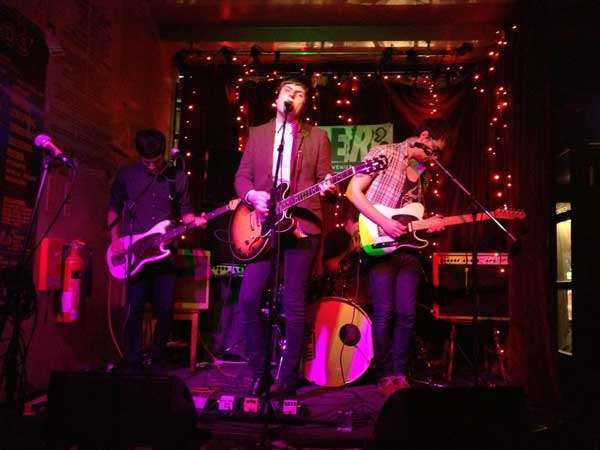 Make sure you look out for them, they will 100% be a hit at the Leicestershire festival and make sure too who keep an eye on all the other acts, as the judges could have easily put any of them forward and the SFF punters would not have been let down!

And for more great nights of brilliant live music keep in touch with Powers Bar.