“Oh shit… Oh shit!” Flying Lotus paces back and forth, greeting the West Holts crowd and exclaiming his state of surprise. FlyLo, often a tertiary character appearing on so many records, is centre stage tonight for the biggest show of his career in this country. Despite The Chemical Brothers and The Who being a mighty temptation for any music fan, this is a unique opportunity to see an artist at the peak of his powers and it’s no wonder that the hefty crowd joining him are utterly entranced.

‘You’re dead’, the name of his 2014 record, is pertinently strewn across a distinct mesh fixture that FlyLo stands inside of. It sets a fittingly uncomfortable tone for the incisive imagery that will be projected throughout the set and sometimes drive the mood of the music it is accompanying. 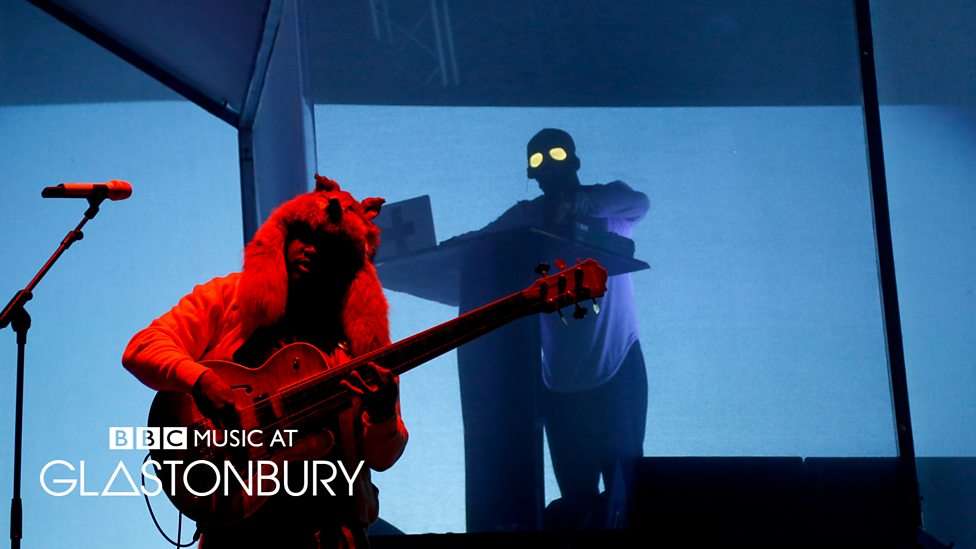 Joined by virtuoso bass player, Thundercat, he makes his way through the more experimental, challenging and glitchy aspects of his new record. Behind him, the images, initially seeming monotous and cyclical, contort gradually and make you question the more simple and reliable laws of both the audio and visual.

There’s a sense of spontaneity throughout the show. Not only do you have languid beats and screeches that go out of time, inconsistently, you have FlyLo in a pair of goggles like car headlights staring through a range of captivating vaginal and arterial imagery on one hand, then on the other you have his friends stood almost on the stage, who bob and chat – almost as if they could stroll on at any time.

Flying Lotus is “excited” for the next chapter of the set, and gestures toward side stage. The unmistakable legend George Clinton of Parliament Funkadelic emerges. After headlining the West Holts Stage on Saturday and singing with Mark Ronson on Friday, this is his third and final appearance of the weekend. He cackles and pops, shimmying from side to side and bringing about a chapter of off-kilter funk.

As he rattles through pieces in which he’s been involved, you can’t help but be blown away by FlyLo’s cultural significance and the breadth of his work. When he arrives at ‘Wesley’s Theory’, both the opening track of Kendrick Lamar’s seminal 2014 record, ‘To Pimp A Butterfly’, featuring Thundercat and produced by FlyLo, he sends the crowd in rapture. This is a challenging set from a man who has to be considered a genius of his field.