Foals at Glastonbury 2022 by David Court

“Let’s have a fucking mad one tonight” says Yannis Philippakis as he and his band Foals headline Glastonbury’s Other stage for the second time.

The seventh album “Life is Yours“ is currently sitting at number two in the album charts and life is buoyant for the band. It signifies a change of direction for the four piece merging heavy disco beats with rock riffs. Something that Royal Blood have recently also discovered and works surprisingly well. 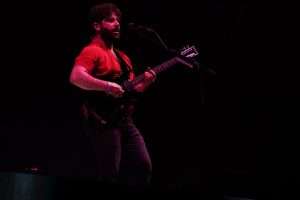 The combination keeps the band surprising and fresh and they blast straight off with recent single “wake me up.“ Foals make it absolutely certain that they are here to blow over onto the drums off and create a party while Miss Eilish paints more of a sombre picture on the pyramid stage. 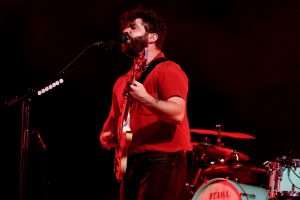 Spanish Sahara, My Number, and In Degrees all follow before Inhaler and What Went Down close the proceedings . Final track close “Two Steps, Twice “finish the proceedings with confetti cannons and a euphoric walk down to the front of the crowd for Yannis. 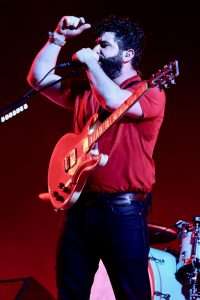 So after headlining the other stage twice , I think Foals have just proved that coveted pyramid slot could be calling next time. 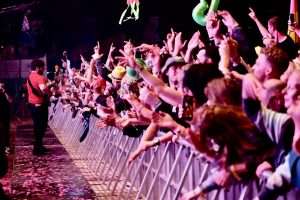