Four Albums in and Little Simz seems to be just picking up her stride. Easily justifying the headline slot at Glastonburys West Holt stage Simbi appeared to screams and chants of the audience and the rising epic marching beats of “Introvert” from last years critics award winning album “sometimes I might be Introvert.” 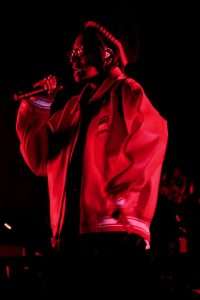 She prowls the stage before playfully yelling “Glasto???Are we ready to have fun?” For the 15,000 or so that were gathered they didn’t need asking twice and for the next hour and a half they were duly entertained as Simbi pulled out playing most of her latest album and others from her impressive back catalogue .

Some of the older tunes such as “Boss” and “Speed” from “Grey Area” with their hypnotic bass riffs drew in casual observers to see what the fuss was about with this Brit awarded best newcomer (!) they weren’t disappointed.

Leaving the stage with a blistering “Venom” she yells “See you next time on the Pyramid“ as she leaves the stage.

We wouldn’t count against her being one of the most diverse and exciting future headlines this heritage festival has ever seen. 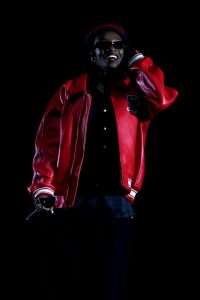