The Supajam team have an interesting relationship with Lorde. In general, we love her and acknowledge she’s made some amazing singles… in fact, she’s the sound of summer 2021 as well as many a break up night. But there are some of us who aren’t keen on the last album when done as a whole, even though we love excerpts. Which means we approach Lorde’s second place slot on the Pyramid Stage with more curiosity than excitement.

Lorde arrives via a revolving stage set, her blonde hair incarnation in a lilac leotard and a band attired in mustard suits. Her face is intense, and you just know this is going to be a SHOW. Dance moves are broken out immediately. The band are choreographed. I’m sure she expertly gestured to have her sound turned up, but don’t quote me on that. Either way, the combination of intense and earnest desire to do great, and the grinning, dancing pure joy of performing is what we love in Lorde and it’s on display to full effect. A wonderful delirium. 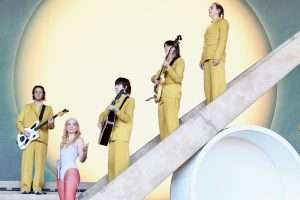 Lorde stops the set to tell us she’s our comedown shepherd, she’ll guide us through it (it’s Sunday evening after all), and when she thinks we’re ready she’ll fuck us up. We’re ready. Claro and Arlo Parks are then invited for a guest sit down singalong to Stoned at the Nail Salon.

It’s interesting that the women who wrote a recent album so focused on modern ennui and dodgy attempts to heal yourself is the first artist we’ve seen this weekend to make reference to – many references to – the chemical element of these music festivals. She’s not judging, she’s here to help, and you just know she has the best three am conversations. At one point she starts talking about mystic wisdom and it all goes healing circle, but don’t worry she’s not lost it, she’s soon playing the cultural summation of the moment, Mood Ring, a song about being confused and numb. 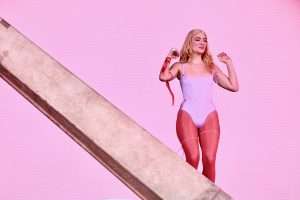 Band choreography returns for a cover of Bananarama’s Cruel Summer, and they’re still dressed like members of a weird cult. Deep into the set, it’s not clear whether Lorde’s meant to be part of them or escaped, but she pauses the song to do more than the normal praise for the festival, she gives a from the heart speech about how this is her Disneyland, this is her dream, then we’re all crying and singing along to Liability and we’ve all finally found what we came for. The old songs come in numbers. The cheers start increasing. The crowd get more into it. The singalong is electric. She asks the crowd ‘do you want to go somewhere with me?’ Yeah, a Lorde gig in 2020. 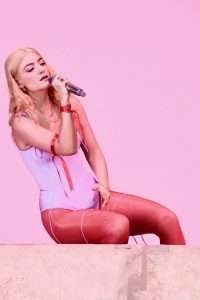 Lorde introduces Green Light as a ‘British song’, which is about the only time in the last six years I’ve felt any national pride. We close with Solar Power, a song she explains is about the confidence and power the sun generates in her, and leaves urging us to protect the bees.

Lorde perfectly channeled her intensity and did a good show. From a personal perspective, I’m an album too late, or possibly an album too early, for my favourite Lorde. I’m not alone. 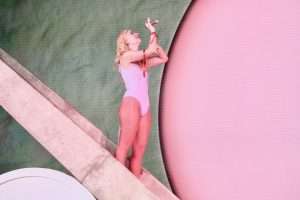