Have you ever been to a Mac DeMarco show? It’s pretty fucking insane. He’s so popular, and his audience are so, so young. And they all dress pretty much exactly the same: like a McPoyle. 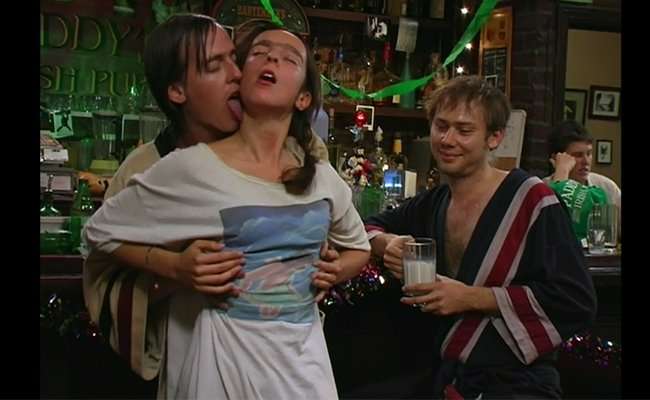 The other thing, is that he’s really, really good. His secret set at the Crow’s Nest on Sunday night inpires a whole world of insanity. The place is the size of a village hall, with no stage, and you have over 400 people trying to pack into it. When Mac plays ‘Salad Days’, his laxed anthem for the youth of today, it sets the place alight. People are literally screaming through their vocal chords, chugging beers and swaying side-to-side.

After telling the generation its bound to destroy worst his joke about the “full English brexit” he had this morning, he launches into his newest tunes. However, it is the way he undresses and jumps onto the crowd in wellies during ‘Still Together’ that really sets things alight. Mac is caught and continues to ride high.