The festival that essentially kicks off the festival season, is the three day music convention known as Great Escape. Europe’s answer to SXSW, by the sea, where it’s likely you’ll need to pack everything from your sunnies to your rain mac.. given the unpredictability of our British weather this early in the year. 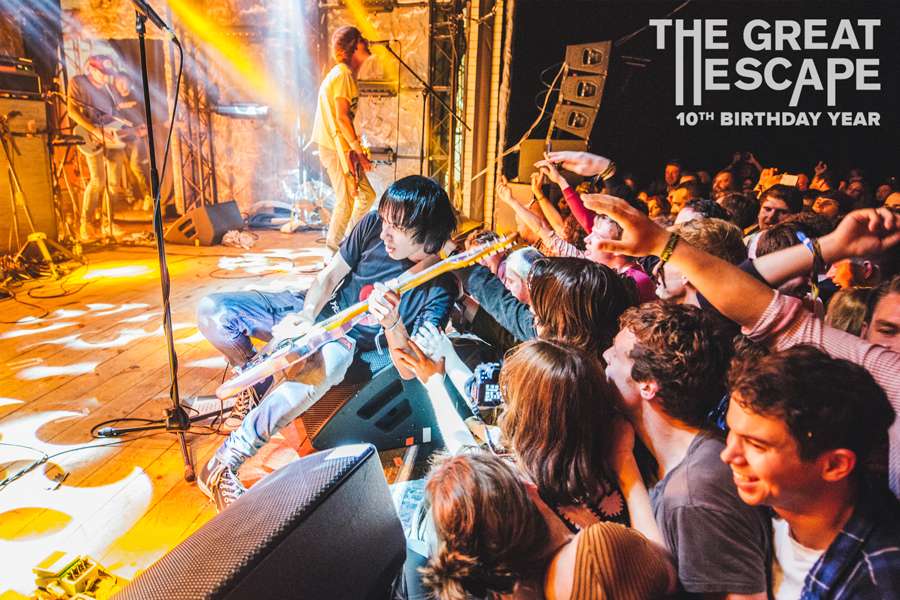 Where over 400 artists are booked to play across a multiple venues, think Brighton’s Dome to a independent coffee shop and everything in-between, giving fans and industry a rare opportunity to come to together in hope of catching the next ‘big thing’.

The challenge is to duck in and out of venues, where the likelihood is you’ll queue up for ages if it’s one of the ‘buzz’ bands. This year’s crowns being re-distributed to Slaves who delivered an emphatic performance in front of a packed audience, Skepta who dazzled revellers with his inspirational grime, Girl Band performing a stunning live set and Russia’s Pinkshinyultrablast who are most certainly the love children of Cocteau Twins and Slow Dive.

Standout performances for me across this 3 day extravaganza were from Songhoy Blues performing their raw African blues. The enthusiasm from the band and their beaming faces radiated beautifully, across the packed out room. As well as Ekkah, a girl duo making savvy and soulful sun-kissed funk addled pop and neo soul singer Kali Uchis Lastly The Maccabees, returned to their home town as special guests to close the curtain on this triumphant birthday showcase. Opening with ‘Wall of Arms’, the quintet played a rousing and well received selection of fan favourites, ending the set with glitter cannons whilst performing ‘Pelicans’.

Once again Great Escape Festival, didn’t disappoint. I’m already counting down the days until the next!