“The curtain has dropped, or, more aptly if we are using metaphors, the monitor has been bowled over at Glastonbury 2019 by the Vaccines, who bestrode the Other Stage and gave a salutary lesson in how to open this imperious festival in style.

But things haven’t all been plain-sailing for the West London five-piece of late. As bespectacled frontman Justin Hayward-Young points out, this is their fourth appearance at Worthy Farm and there is a nagging feeling that the indie songsmiths are struggling to find where they sit in the musical landscape. They are not alone, of course. Indie guitar music has been struggling in the ‘10s and the Vaccines diminishing commercial fortunes do betray the consistent high quality their output.

Yoann Intonti’s drum kit brandishes the exclamation ‘Your Love is my Favourite Band’ and the band launch into that very song from their last record Combat Sports to initiate proceedings. It’s a message of optimism, if a little trite, but one comfortably at home when placed in the context of the hippie DNA of this age-old festival. With nary a second wasted, the band rattle through an assortment of past riches. The choppy chug of Teenage Icon gives way to a giddy I Always Knew before the raunchy riff of Dream Lover digs deep and hangs confidently in the air. 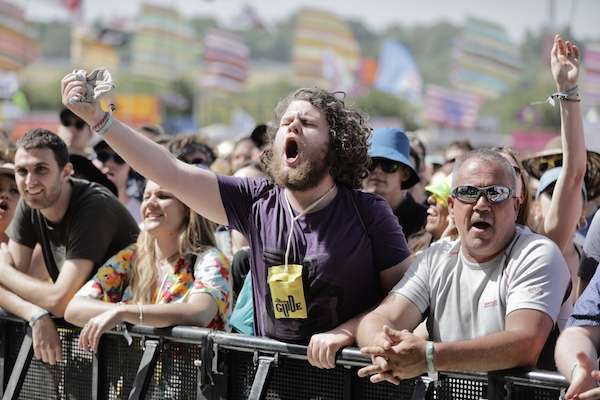 From there, the tempo is raised a fair few notches as the band dive into the full-throttle, high-velocity jingle jangle facet of their musical wares. But that’s not to say that they do not find the time to present something new. Let’s Jump Off the Top has done the rounds in recent tours and its insistent, memorable hook sits pretty in this setting.

The West London troupe remain a force with which to be reckoned and if they had slipped off of many people’s radar in this era of abundance thanks to streaming platforms and their ilk, it is also because you can sometimes take familiar faces for granted. 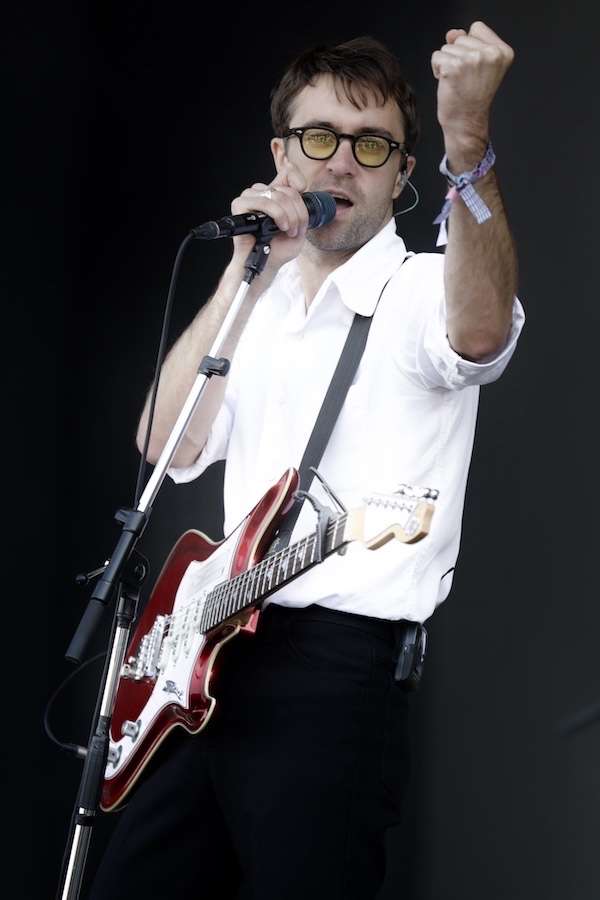 What Did You Expect from the Vaccines? they asked when they burst onto the scene to huge fanfare in 2011. Well, this performance provided an apt reminder that if it was a knack for penning punchy tunes, then they can be relied upon for that particular hit. As is clear under the scorching lunchtime sun: they are in surplus of them.