Thursday at Glastonbury: A Report from the Site by David Court

After three long, miserable, Covid drenched, cost of living rising, post Brexit blues, bastard infused years, the self proclaimed greatest show on Earth is back! And boy do we need it right now.

For the lucky 250,000 that managed to secure their tickets.

Glastonbury opened its doors on Wednesday and by the time SupaJam arrived on site at 5 o’clock in the afternoon most campsites were capacity, tent space was fiercely fought over and the crowd were enjoying turning a delicate shade of rouge. 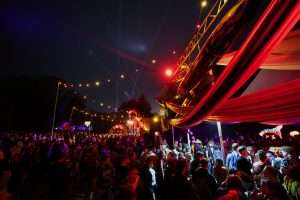 Rumours were swirling round the campsites with Gusto. Chemicals had confirmed , Bastille were a shoe in for a Thursday slot at Williams Green and Harry Styles was without fail going to turn up for Billie Eilish on Friday. We’re not even going to mention a certain George Ezra who John Peel would be currently spinning at a rate of 300bpm in his final resting place at the thought of sharing his tent with “The Gold Rush Kid”. 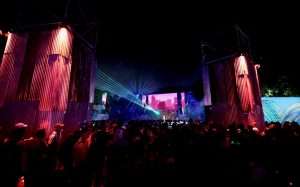 Many a happy hour was spent lost wandering around the so-called “Naughty corner” where Shangri-La, Block 9, the Unfair Fairground and other delights await. Artists like Kanine performed in front of thousands and whipped up the crowd with drum and base where small clubs such as the Deluxe Duner were turned into ska and folk/punk raves. 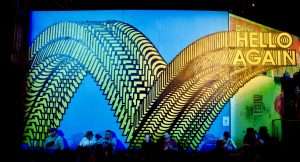 For Bastille taking to the stage at Williams Green at 8.15pm they were on home territory. Delete Tweet insured that several thousand people surrounding Williams green were cramming to see a small glimpse of them perform. Adding to their normal crew were the brass stewards which made the 10 or 11 piece brass section crammed on stage feel rather tight. 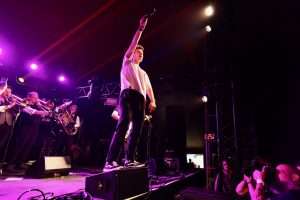 Bastille kicked off with “Good Grief” closely followed by “Things We Lost In The Fire” and a crowd-pleasing set ensued with bangers such as “Quarter Past Midnight” “Happier” and of course concluding with a rousing celebration of “Pompeii.” 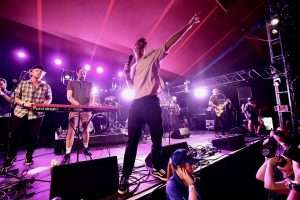 But that’s what Glastonbury should be about. Celebrating past glories and bringing the crowd together for a unified singalong. No complaints here…

Job done and first official day ticked off. Friday now sees delights of Wet Leg, Primal Scream, Sam Fender and of course Billie Eilish headlong the Pyramid and becoming the youngest ever artist to do so in the process. 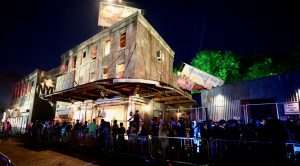 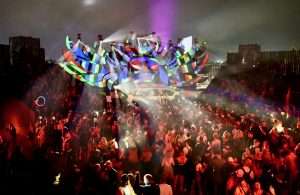