You Me At Six at The Boileroom, Guildford

NOTE: There’s some pictures coming for this, but they’re still developing. I’m on a right buzz so I’m going to jag this one out now while my mojo is still on overdrive. Check back soon for pictures, we’ll probably mention it on Twitter.

In two weeks time, You Me At Six will headline The O2 Arena to about 20,000 people. In coming to The Boileroom they return to the town where they played their first show ten years ago, to fill up a venue that is just over 1% of the capacity of The O2. Tonight’s gig is one of the crown jewels of Independent Venue Week, which celebrates local cultural hubs up and down the country who march to the beat of their own drum. The show sold out in a matter of seconds, with a queue snaking round the building hours before doors opened. Some people arrived at 2pm, nutters. Naturally the joint fills up sharpish, and anyone arriving after 8:30pm is likely to be stuck with the mums at the back (hello ladies).

Twin Wildget the honour of opening the show with a bright, uplifting sound that is definitely reminiscent of the headliners. Climaxes and crescendos abound, they were ripe for picking up fans in this audience.Glass City Vicefollowed, coming straight out of Brighton their sound felt like the cast of Skins had grown up and come away from it all with optimism and a story to tell.’Dry Bones’ is a noteworthy highlight of their set; murky in parts but still managing to mix grit with the sweetest honey. They also played their new single, which was a nice song that bobbed along nicely and had nice lyrics and was forgettably nice. It was a blip in their set and a small bit of a shame, especially considering the depth and vigour they’d shown at other points.

A manic grin from a young girl and her boyfriend (presumably, or brother, or friend… they’re kissing, so I hope not brother) sums up the buzz inside the venue in the minutes before YMA6 take the stage. Our Romeo & Juliet scurry through the doors, barely believing they’ve got in, peering past heads and gripping each others arms as they stand on tip-toes. Meanwhile, crushed bodies at the front stare steely-eyed towards the stage. These iron-bladdered stalwarts have been here for nearly 8 hours waiting to see their heroes (don’t think of waterfalls people).

“I like this one…” one of the mums say as the band kick into ‘Room To Breathe’ and with a soaring, colourful guitar painting a sweeping landscape for Josh’s vocals to step out onto, how could you not? The crowd response is a little polite at first, but jolts into life for the rousing chorus of ‘Stay With Me’. Their massive arena filling songs smash against the walls as people scrunch their eyes tight and yell the titular refrain up at the ceiling 3 feet above their heads, only to open their eyes and see Josh leaning out over them. Can’t do that at Wembley arena.

‘Loverboy’ then gets the place bouncing like a non-league football terrace after a cup upset, which is thumped into life by Matt’s rom-pa-pom* bass playing swaggering through the air like the only polar bear at a penguin party.

*Not a real word is it? Must try harder.

A first live performance of ‘Carpe Diem’ had the odd bum note, but nobody was complaining. 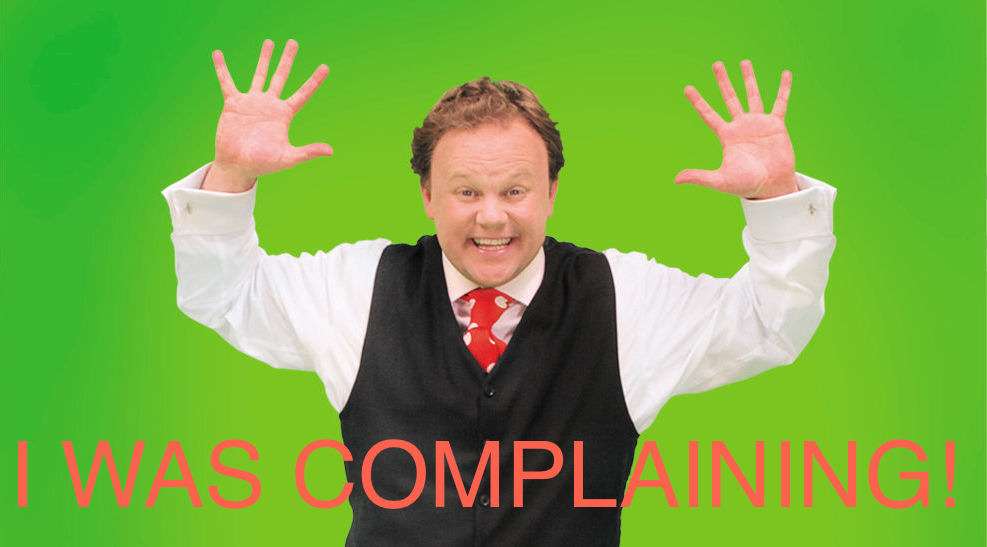 Oh my God! Shut up Justin Fletcher, you weren’t even there.

With hand-on-heart, Josh sings the smooth opening to ‘No One Does It Better’ which is yelled back with gusto as he loses himself in the moment. It lacks the teeth of some of their more threatening moments, but slides you open in a different way. Stalking the front of the stage, he then sings the first verse of ‘Underdog’ eye-to-eye with someone on the front row before one of the choruses of the night.

Referencing a previous appearence at the nearby Reading festival, they asked everyone in the crowd to take off one item of clothing to swing in the air during ‘Reckless’. Shirts, jumpers, and a shoe were flung about for a bit because a bit of slightly naked never hurt anyone. Pretty sure we saw someone’s shoulders, filth.

‘Crash’ slows it back down again, with Josh crooning earnestly, occasionally through gritted teeth with an emotional intensity that would clench the buttcheeks of even the most dedicated poppers enthusiast. We’re soon asked to put our phones away for ‘Bite My Tongue’, which everyone does for the whole song and we’re rewarded with the biggest pit of the night… which had just enough room for someone to lurch menacingly. The energy was there, the space wasn’t, as everyone wanted to get in.

‘Fresh Start Fever’ and ‘Lived A Lie’ bring the night to a close. Following the lyric “somebody told me that I would be a dreamer for life, somebody told me I would never reach the other side” with a sarky aside of “what do they know?” Josh brings back the point that he’s made throughout the set, they were just five local guys who worked hard, wrote the right songs, and got the break. Nothing beyond the possibility of anyone in the room, but tonight is about something bigger. Their career was made all the more possible by the country’s network of small independent venues (such as The Boileroom) who would give them a chance to hone the skills and fanbase to take them to the next level.

On that note, we leave you with the thoughts of Captain Capslock:

DO EVERYTHING YOU CAN TO KEEP YOUR INDEPENDENT VENUES OPEN. ONCE THEY’RE GONE, THEY DON’T USUALLY COME BACK. THESE PLACES ARE WOMBS WHERE SCENES AND DREAMS ARE BORN FROM SCREAMS. SOUNDBITES AND TWEETS DON’T KEEP THESE PLACES IN BUSINESS. THEY NEED MUSIC LOVERS TO KEEP TURNING UP AND SUPPORTING THE ARTISTS OF THE PAST, PRESENT, AND FUTURE. A TOWN WITH NO DECENT VENUE IS OFF THE CULTURAL MAP. THEY GIVE OUR STREETS A SENSE OF CHARACTER AND COMMUNITY THAT NO CHAIN COFFEE SHOP EVER COULD.

For more about Independent Venue Week, do check out their site. If we have convinced you to go and check out You Me At Six’s upcoming UK arena tour, then grab a ticket here. To check out your local scene… just get out there, or Google it. Whatever, if you can’t find it then start it.